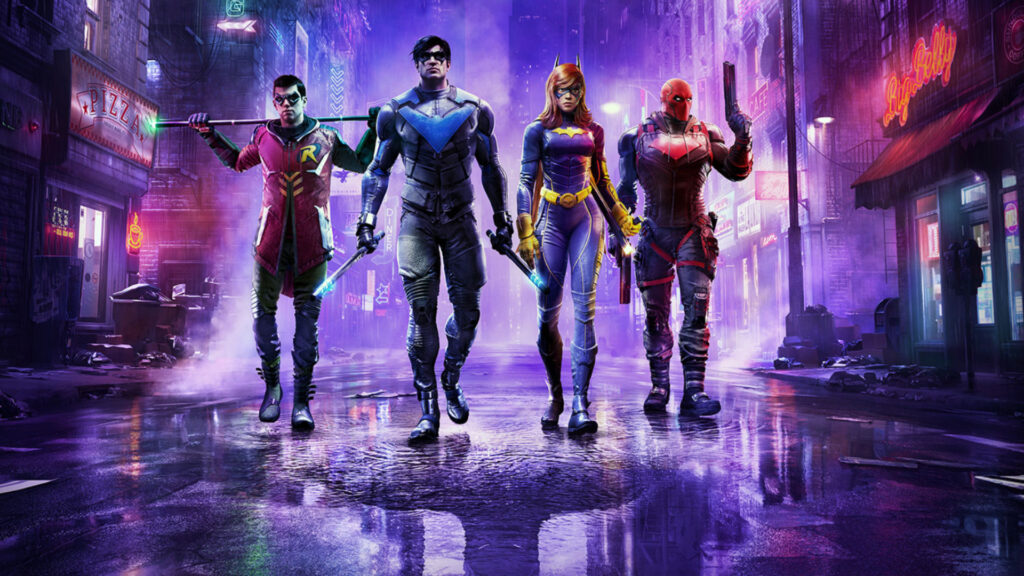 The four playable Gotham Knights characters arrive in the city at a time when Batman is dead and Gotham needs new heroes. In the wake of his demise, this team of extended Bat family members have rallied together to protect Gotham City in this open-world game. The four playable characters that make up the family are Batgirl, Robin, Nightwing, and Red Hood, and they’re tasked with saving the city from a wave of new crime.

With the Gotham Knights release date quickly approaching, we’ll delve into each character including their unique playstyle and abilities as well as their chosen weaponry. And, according to an exclusive behind-the-scenes look, community manager Pauline Zampolini says, “The team put a lot of effort into making every character really special with emotional ways to react to situations. Every character has its own path.” Let’s take a look at what that means.

“Gotham City still has a Bat, and she’s going to make sure everyone knows it.” Daughter of police commissioner Jim Gordon, Barbara Gordon aka Batgirl is a popular character in the DC Universe with a lot of backstory. As part of Gotham Knights canon, the storyline of Batgirl’s spinal injury from the comic books has been taken onboard. Barbara became confined to a wheelchair and became Oracle, a computer expert with skills in hacking and coding. But, as seen in the character trailer, the wheelchair has been discarded and Batgirl is ready to fight another day.

When it comes to Batgirl’s skillset, she’s highly trained in a variety of fighting styles, such as kickboxing, capoeira, and jiu-jitsu. So, not only is she back from near paralysis, but she’s back with an arsenal of self-defence moves.

Batgirl’s signature weapon in Gotham Knights is a tonfa – also known more commonly as a T-baton. The tonfa is a melee weapon best known for its use in Okinawan martial arts but in the game, it’s not just a baton. During Batgirl’s character trailer, the tonfa can also be seen turning into a set of nunchucks as well as a grappling hook device for mobility. 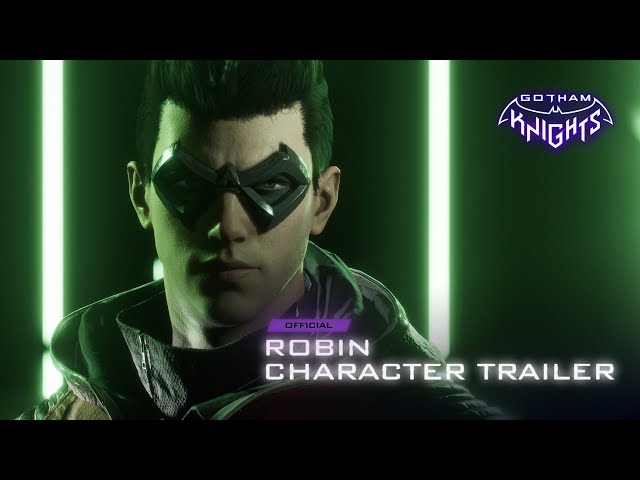 The youngest, lightest, and stealthiest of the Knights, Robin is the only character that’s used to working as part of a team. We know Robin to be Batman’s sidekick, but without Batman in Gotham Knights, it’s this DC Universe character’s time to shine and he’ll do so with a family around him. According to the developer, Robin possesses “a background in combined psychological warfare and behavioural sciences” that come into play when completing missions.

In Robin’s character trailer, he can be seen armed with a collapsible quarterstaff, showing off his expert fighting, and practising his skills in the art of stealth. He can also be seen exploring the use of teleportation tech from the Justice League satellite, which he figures out he can harness to zap himself forward short distances whilst fighting. 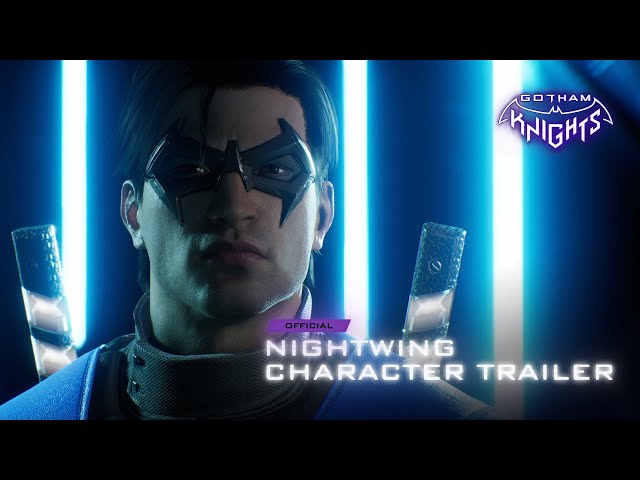 Formerly known as Robin, Richard “Dick” Grayson is Nightwing. Described as the most charismatic of the Knights by the team as well as being angular, agile, and sharp.

Nightwing’s origins go all the way back to his childhood growing up as part of a circus family. Because of this, his abilities include mastery in acrobatics of which we see in Nightwing’s character trailer, using flips to evade and take down enemies one by one. When it comes to Nightwing’s signature weapon, he has dual escrima sticks attached to his back at all times. He can also fire wrist darts giving him a ranged attack as well as melee expertise. 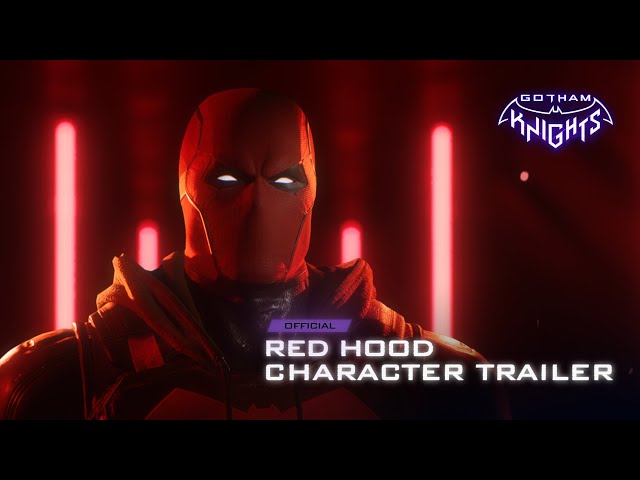 The history of Red Hood does not form your typical hero. Red Hood in fact is an anti-hero. From stealing Batman’s tires to being recruited as Robin’s replacement to being kidnapped and killed by The Joker to being resurrected, it wasn’t a straight line for this member of the Bat family. Once seeking revenge on Batman for his own demise, the relationship was fixed and Jason adopted back under the wing.

According to WB, Red Hood is “proficient in multiple combat techniques with all manner of weapons – both traditional and high-tech.” For this, in Red Hood’s character trailer we see him wielding dual pistols to gun down enemies with non-lethal rounds as well as attaching grenades to enemies that blow up once he fires at them with accuracy.

As far as characters go, Warner Bros hope that players will find a character they resonate with the most, but each one is playable in their own right. If you want to take a look deeper into WB Games Montreal’s new take on the iconic Gotham City, we’ve plenty to share with you there too.