Grind the herbs yourself in alchemy simulator Potion Craft 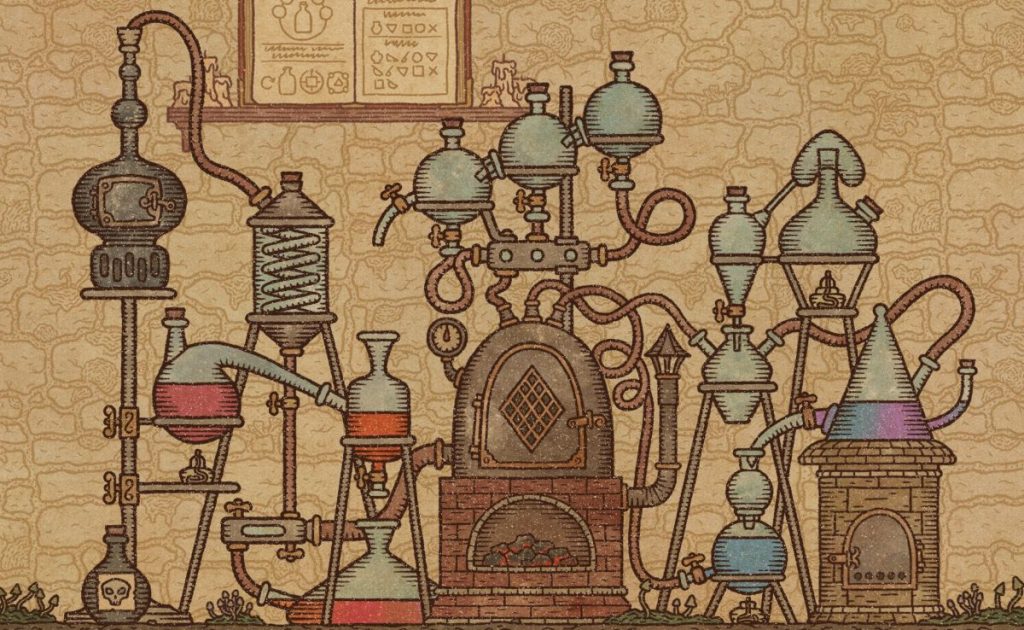 Who’s in the mood for a little slice-of-life game about being an alchemist in a fantasy world? I’m sure one of you is, and I am, so here’s Potion Craft: Alchemist Simulator. It’s a game where you do all the work of being a magical alchemist, including physically interacting with the tools. Those leaves don’t just express their own oils, you’ll have to get the mortar and pestle out to mash them up yourself.

In Potion Craft as it is now, you gather materials, refine them in pots, alembics, and other such alchemy machines, and then turn them into potions. You discover what ingredients are good for yourself, creating new and more efficient or interesting recipes based on that experimentation. At the same time you run your shop, attracting customers and finding an audience for those new recipes. All the while, your real goal is to craft a philosopher’s stone.

When he tried out a demo earlier t his year, our Fraser Brown said that Potion Craft had “finally given me a crafting system I don’t have.”

Potion Craft is in early access right now, with enough stuff going on for “dozens of hours” in the alchemical sandbox. You can find Potion Craft: Alchemist Simulator on Steam. It’s developed by niceplay games and published by tinyBuild.