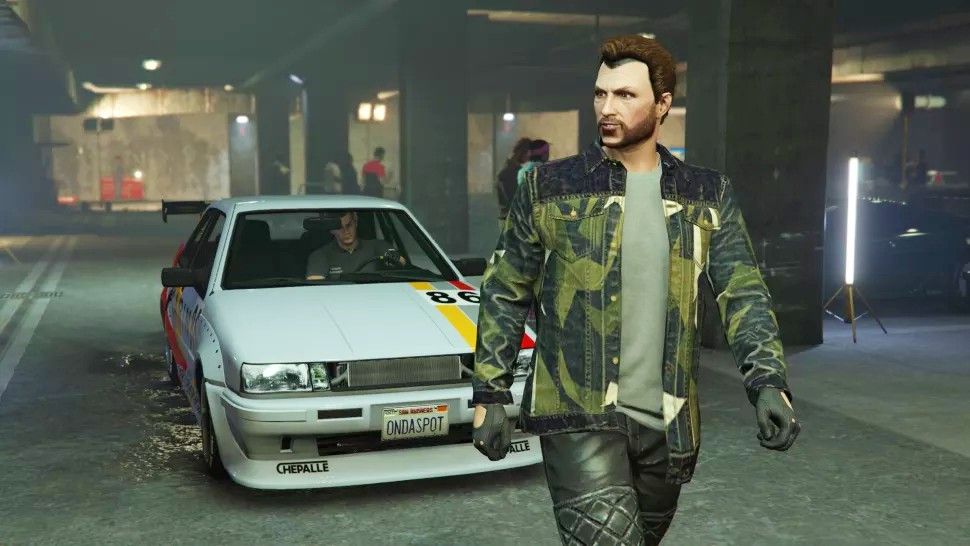 If you’ve ever played GTA Online, it probably won’t surprise you to learn that its most dedicated players will do anything and everything they can to get the newest, shiniest stuff on offer. In last month’s Los Santos Tuners update that added new clothes and car paint jobs, players discovered that one of the best ways to get ahead is to simply not play. Or, more specifically, go AFK and make the game think you’re still playing.

AFK farming isn’t new to GTA Online, but thanks to a recent patch that nerfed the most common AFK methods (players use to simply watch TV in their apartments and chill), players have had to get a little more creative to passively gain Tuner XP and unlock the update’s new clothes and car liveries. Many, as noticed by Dirty_Worka on Twitter, are resorting to a classic: walking your character around in circles for hours upon hours.

Great seeing so many people enjoy the #tunersdlc ?#gta pic.twitter.com/Mkbpkwe14xAugust 1, 2021

To farm Tuner XP, players have to gather at a “Car Meet” and exploit the small XP bonus earned every few minutes simply for being there. Car Meets are supposed to be multiplayer lobbies to show off your ride’s ridiculous hydraulics, trash talk about who’s faster, and line up for races like that one part in every Fast & Furious movie. But if you have AFK farmers in at your car meet, all you’ll see are very confused individuals walking into walls. Some fans have noted that this is an extremely slow way to level up your Tuner rep once you pass level 100 (winning actual races will get you there a whole lot faster), but hey, free is free.

Which methods are players using to stay on the move? I’m partial to a classic rubber band around a thumbstick approach, but Reddit user ElsonDaSushiCheff was thinking out of the box when they placed a single battery on the W key, just heavy enough to keep it pressed. As for the double-stick rubber band tactic pictured below from th3d0wnfa11 used to grind on two different platforms at the same time, I must simply say: bravo.

Rockstar’s last nerf to AFK farming was understandable, but I’m not sure it’ll be as easy to stop a rubber band. The circle walkers aren’t exactly hindering other players from doing what they want, but it must be pretty lame to jump into a car meet for a legitimate hang and find a pack of mindless car zombies. There is one other way to farm Tuner XP that requires leaving a test race and chilling in the exit menu, but Rockstar probably will patch that one out at some point.