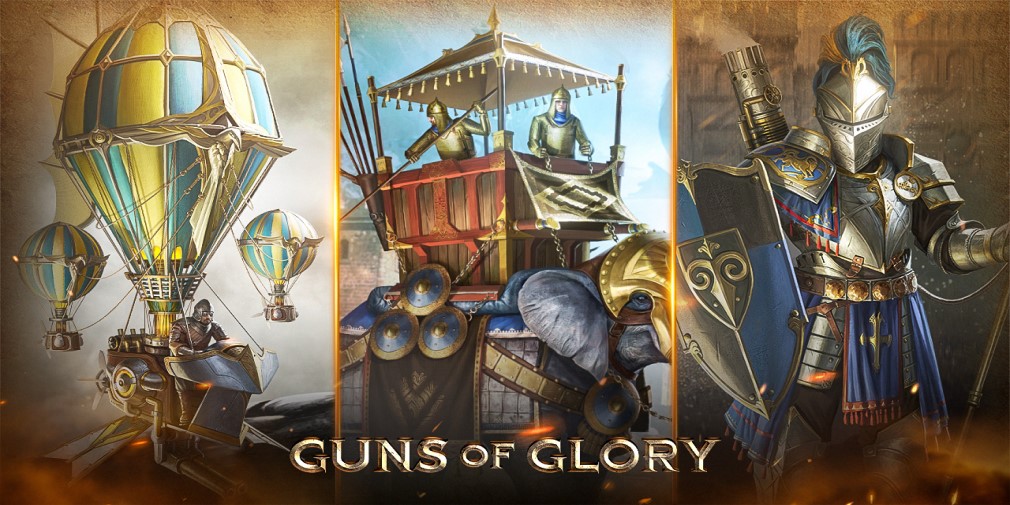 FunPlus and its KingsGroup Studio have just announced an exciting new DLC expansion for its mobile strategy game Guns of Glory. Named Tale of Twin Kings, this update brings a brand new storyline featuring Louis XIII, who brings new troops that will train in themed buildings – the Merc Dock and the Merc Arena.

The Tale of Twin Kings expansion is available to players who are at least on level 30. In the DLC, the Kingdom is in turmoil because of the new challenge to the throne, Louis XIII. The public is confused and unsure about who to pledge their allegiance to. Which king should they choose? There is utter chaos as the people’s loyalties have come into question.

This tale will unravel slowly as players progress through the DLC. This fascinating storyline will be available via a new main story quest. Rewards for completion include blue gems, which are new items that will be required to unlock and upgrade troops that were introduced in the expansion.

In this update, two new major buildings are also being added. The first is called the Merc Dock, which is essential for unlocking the DLC’s new troops. Through this building, players will be able to enlist powerful mercenaries such as Steam Hoplite, Mahout Lancer, and the Aerogunner to their squads. Each of them has different tiers to upgrade their levels to make them even stronger.

The second building is called Merc Arena, which is where all the research takes place. Here, players can upgrade their troops to transform them into tier-one elite mercenaries. Plus, they will also be able to raise attributes such as attack, defence, and health by spending blue gems.

Speaking of blue gems, they can be obtained by completing the DLC’s quests and from areas such as the blue gem mines near the Player’s Sanctuary or Rally Red Guard Camps. Additional red gems will also be required to recruit troops and boost their skills.

Download Guns of Glory now for free and begin playing the Tale of Twin Kings expansion.

Also, check out this list of the best strategy games to play on mobile!