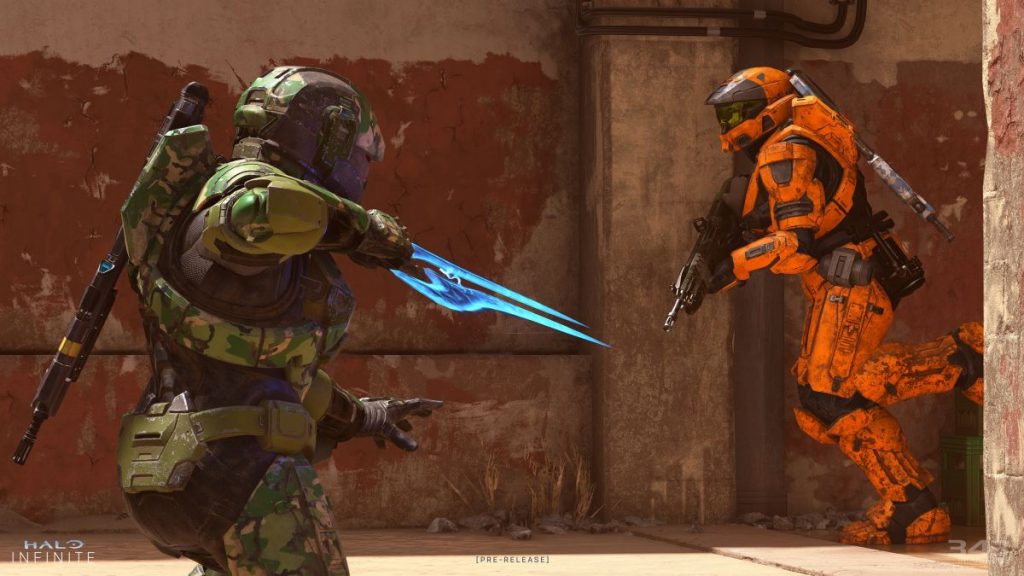 With a build of Halo Infinite now out in the wild, dataminers have already begun diving for secrets within the games files. Now, one reckons they’ve found evidence of a battle royale mode courtesy of a single voice line from the game’s multiplayer announcer.

Posted on ResetEra this weekend, the audio file does indeed sound like Halo announcer Jeff Steitzer saying the words “battle royale”. That’s about all the proof given, with only the poster’s word that the line even came from the game’s files (it’s worth noting that Steitzer has his own Cameo page).

Even if it does come from the games files, however, the audio could easily be cancelled or placeholder content, or be related to an awardable in-game medal. Others on ResetEra have also suggested it may be related to player-created custom games, with players able to make their own battle royale modes and maps in Forge.

It’s worth being sceptical because 343 has already shot down rumours of a Halo battle royale before. Shortly after reveal, lead writer Jeff Easterling said the studio wasn’t interested in any kind of battle royale mode. That sentiment was repeated by director Frank O’Connor, who did however suggest that “you can probably make your own battle royale mode in Forge even right now though”.

That said, 343 has warned that there were substantial leaks hidden within the technical test files, including major spoilers for the game’s campaign—and that the studio will be actively firing takedowns at anyone who tries to spoil the story on public platforms.

Would Halo work as a hundred-person arena? The series has always supported massive, bombastic firefights after all, and Infinite’s supposedly open-world campaign map may be able to facilitate one. But we still don’t know quite how “open” we’re talking here. In March, 343 compared the game’s structure to The Silent Cartographer, a level from the first Halo that granted free reign over a small island, saying that the studio wants to stretch this ethos across the entire game.

The foundation for a larger-scale fight might exist, but it seems unlikely that a map would function well as both a battle royale space and a space for singleplayer.