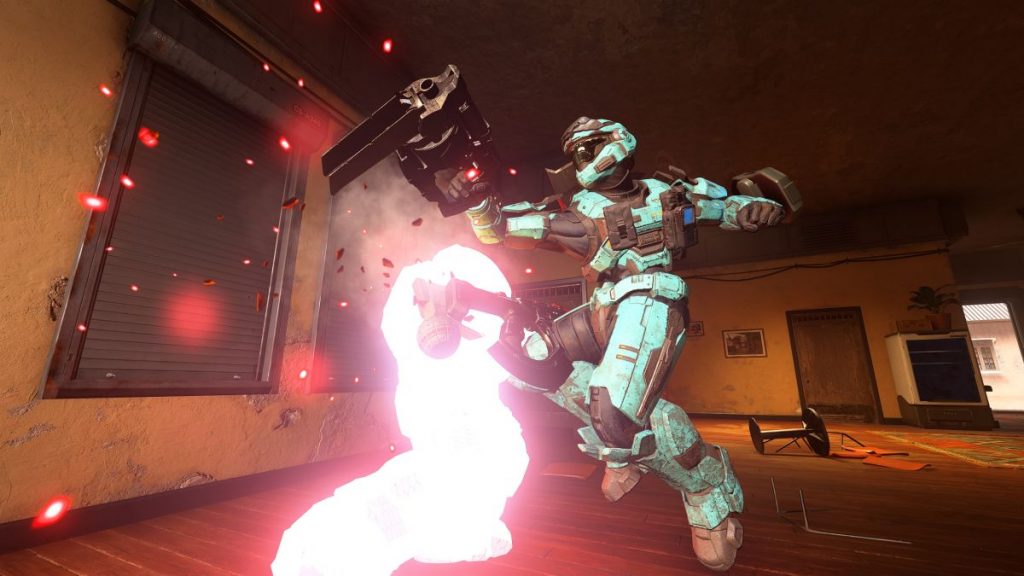 Halo Infinite’s second season has begun, bringing a clutch of new maps, modes and tweaks to the game—including, oddly enough, making the Warthog 170 pounds heavier. Some of the more notable changes that will change-up the game’s feel are in melee, and there’s one change buried in the patch notes that is weird in its own way: seven months on from launch, Infinite is changing one of the principles of up-close combat.

This is easy to miss because 343 doesn’t really get into it in the patch notes, merely noting that “‘Traded’ melee kills will occur more often now than in Season 1.” That is, when both players melee at once, more often now both will die rather than just one.

The reason is that Halo Infinite had a deliberate kink in the melee system relating to trades. Essentially, if two players melee-d at the same time and would usually kill each other, the one with the higher HP wins the encounter. That seems on the face of it… pretty unfair?

The counter-argument some players would make is that this is a system that is rewarding players who get a few good shots in before the beatdowns start. You can kind of see where that’s coming from but, for me, if my melee attack should be killing a dude then it should kill a dude. It’s not like any weapon outside of the dedicated melee tools can one-shot players anyway, so just running around thwacking people will never be an especially effective Halo tactic.

Especially because this change comes alongside a 10% reduction in melee damage across the board, though there are buffs too: the ‘snapping’ to enemy players during lunges has been improved, and 343 reckons it’s improved collision post-meleeing. The reduction in damage has also put 343 in the slightly awkward situation of having to buff the BR’s melee damage, but in Ranked multiplayer only, “to preserve the Battle Rifle’s two-burst beatdown.” Having weapons do different damage in different modes is odd to say the least.

The full patch notes for Halo Infinite’s second season can be read here. If you’re obsessed with your rank, as I was in the tender days of Halo 2, there’s also a deep-dive into the matchmaking system to have a look at.