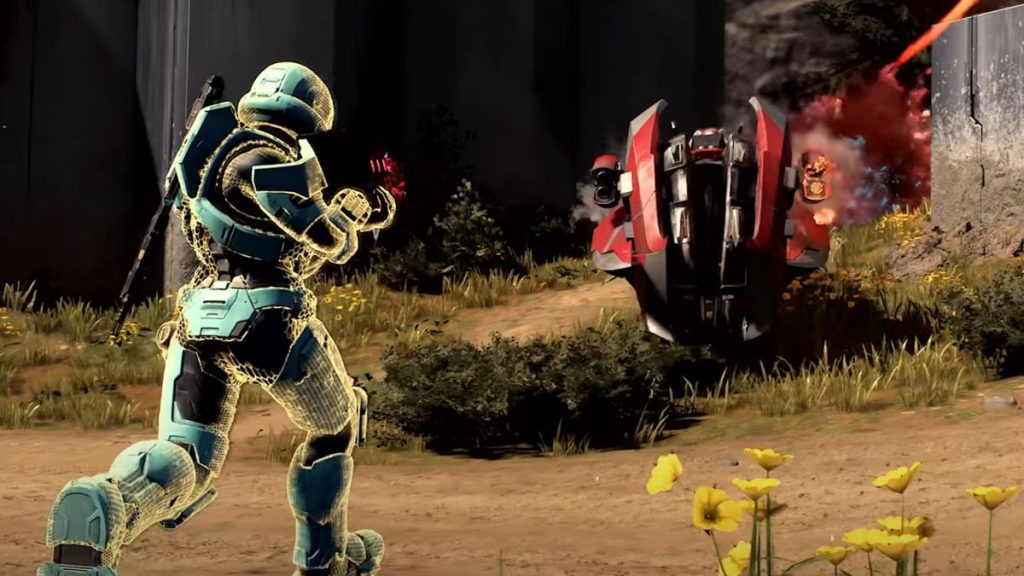 As befitting their gorilla-like riders, Halo Infinite’s Brute Choppers are tough, rugged alien motorcycles. Two blade-like wheels strapped to a chair, with guns plugged into the side and a ton of heavy steel armour weighing it down. Certainly not the kind of thing that you’d expect to float off into the sky like a child’s discarded balloon, right?

Sift through all the complaints about battle passes on the Halo subreddit, however, and you’ll rapidly find that some Spartans are playing fast and loose with the laws of physics to send these hefty choppers skywards.

The trick involves using Infinite’s new Disruptor grenades, which send out electromagnetic pulses to drain player shields and, more importantly, immobilise vehicles. But the Chopper, having both wheels and a slight hover element, appears to be confused by this EMP charge, yeeting it skywards to hilarious effect.

Choppers aren’t quite at home in the clouds, of course, and most attempts see drivers careening out of the map boundaries. But I reckon it’s only a matter of time before we see someone manage to score a kill in this way—and with air vehicles like the Banshee and Wasp being a relative rarity, getting an early vantage point with a Chopper could find its uses.

It’s a daft, if ultimately harmless bug, one that reminds me of countless Skyrim bears getting punted into the stratosphere after a shout. All things considered, Halo Infinite’s multiplayer launched in a surprisingly stable state (though Tyler C reckons the absence of a Slayer-only playlist is unforgivable).

That said, I’m still wary of Halo Infinite’s campaign. Last month we got an extended look at Master Chief’s open world adventure, featuring Far Cry-style bases and an edgelord alien with a robot arm, both of which raise a fair few concerns. That campaign arrives as a full-price DLC for Halo Infinite on December 8th.