Home » Halo Infinite’s getting the old radar back, and fixing most of our concerns from the preview

Halo Infinite’s getting the old radar back, and fixing most of our concerns from the preview 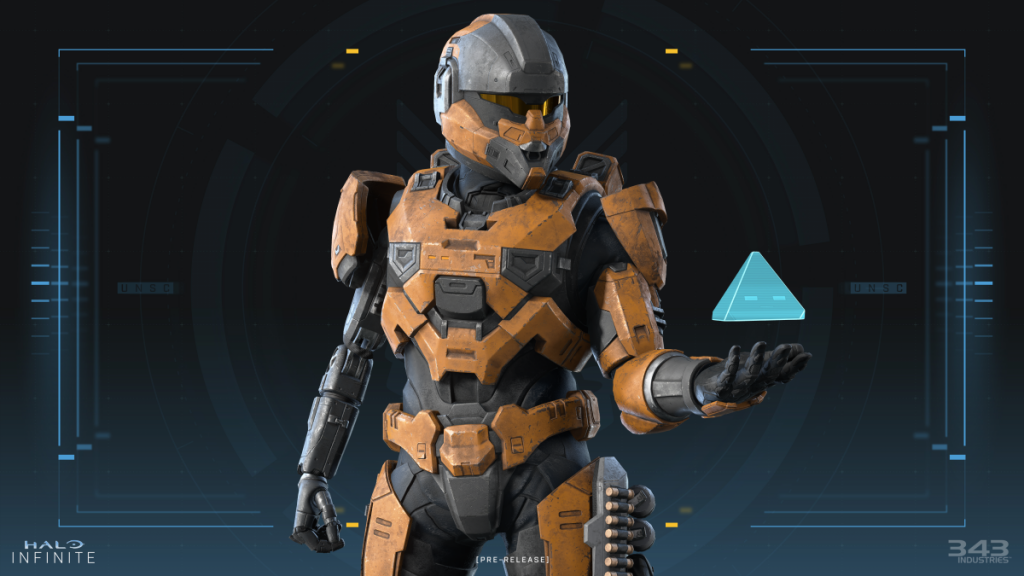 As has been made clear since Halo Infinite’s modest multiplayer showing at Gamescom last week, 343 has decided to hunker down and get the dang game done. Good, because it’s out in December and won’t have campaign co-op at launch, so it’s clearly coming down to the wire. On the multiplayer front, 343 published an extensive blog post today outlining how Halo Infinite will change based on feedback from July’s technical test.

We had a lot of thoughts (eight, to be exact) about how Halo Infinite could improve on the heels of the tech preview and, surprisingly, 343 is tackling a lot of them. Future test flights and post-launch updates will apparently include changes to outline readability, voice line customization, motion tracker reverts, and expanded weapon drills. There are also some minor, but welcome, HUD tweaks coming post-launch, making the weapon information in the bottom right corner larger and showing your secondary grenade type.

Here are the highlights from the update, as well as 343’s take on the changes.

The motion sensor is reverting to its old form

Good news for old Halo players stuck in their ways, but bad news for Morgan, who liked the new Halo Infinite radar: it’s going back to the old Halo 1-3 style. In Infinite’s technical preview, the motion sensor only showed players who were sprinting or firing; anyone walking was as good as a ghost. This meant you didn’t have to be actively sneaky to avoid the motion sensor, but Morgan argued it also helped keep matches lively and stop people from crouching in corners. But it seems like the majority opinion was: new sensor bad.

“We found that most players missed the old properties in these social matches. We’ve updated the Combat Sensor to feel more like the “Motion Tracker” of old, which shows all movement besides crouch-walking, and should have that ready for folks to test in the next flight.”

This is a relief. The new friend/foe outline system, which ditches the old red team/blue team coloring, is great for accessibility but had some significant drawbacks in the Infinite technical preview. It was really hard to tell if a player had an overshield, an active regular shield, or none at all—information that’s always been perfectly readable at a glance in past games. 343 got feedback on this issue and already has fixes in the works for the next testing flight.

“We’ve already made significant FX changes to better communicate the health of a target. You should always know if you’re fighting a player who has an Overshield, full shields, weakened shields, or broken shields. You’ll be able to see these improvements in our next flight. As for more options, such as turning outlines off entirely, we’ll need to explore how realistic this is given our timelines for launch. We’re always in favor of providing more options to our players, but it’s very likely we won’t be able to provide this until after launch.

“A common note was to have players’ Gamertags appear above their head when looking at them. We completely agree and can confirm that names weren’t showing up due to a bug. A few of you noticed that we had an option to display Gamertag or Service Tag in game, but it just wasn’t working in this build. This fix may or may not make it into our next flight, but it will be in for launch.”

You’ll be able to tweak AI voice lines and Spartan barks, but not till after launch

There’s a lot more audio going on in Halo Infinite than in past multiplayer games—there are some musical cues when matches are almost over, Spartans comment on the action while it’s happening, and you have an AI assistant that gives a mix of helpful advice and less helpful commentary. If you find that excess chatter annoying, it sounds like you’ll be able to turn it off. Eventually.

“Players expressed an interest in controlling how often their Personal AI spoke and what kind of information they spoke about. This isn’t something we’d be able to do for launch, but we’d like to give more control to players over the frequency of flavor lines as well as increase/decrease informational lines, such as weapon pickup lines. This has a lot of benefit for players wanting more to help make the game more accessible to them or even to just turn different types of feedback off all up.”

343 also mentioned adding in more voice lines for the AI and Spartans to cut down on repetition, and before launch will be adding the option to preview your personal AI choice before jumping into a match.

Weapon drills will be expanded, including a sandbox to “test everything”

I thought it, you thought it, and 343 thought it: Halo Infinite’s weapon drills are cool, but they’re too limiting. When I’m warming up for a sweaty night of Halo shootin, I don’t want a clunky list of short time trials separated by loading screens. I want to be left alone on a map with every gun, grenade, and vehicle under the sun and train at my own pace. 343 says something like that is coming to Halo Infinite after launch, as well as other types of drills that focus on, for instance, alt-fire modes.

“Weapon Drills, similar to Bots, were a new addition to the multiplayer experience for this game. It was cool to see the community engaging with the feature; learning the toys and pushing their skills.”

343 added that weapon drills proved to be very popular, perhaps more than expected. “It’s reassuring to hear the community enjoyed Weapon Drills so much that they wanted more of just about every aspect of them. Rest assured, we’ll continue to deliver that ‘more’ here during the lifetime of the game.”