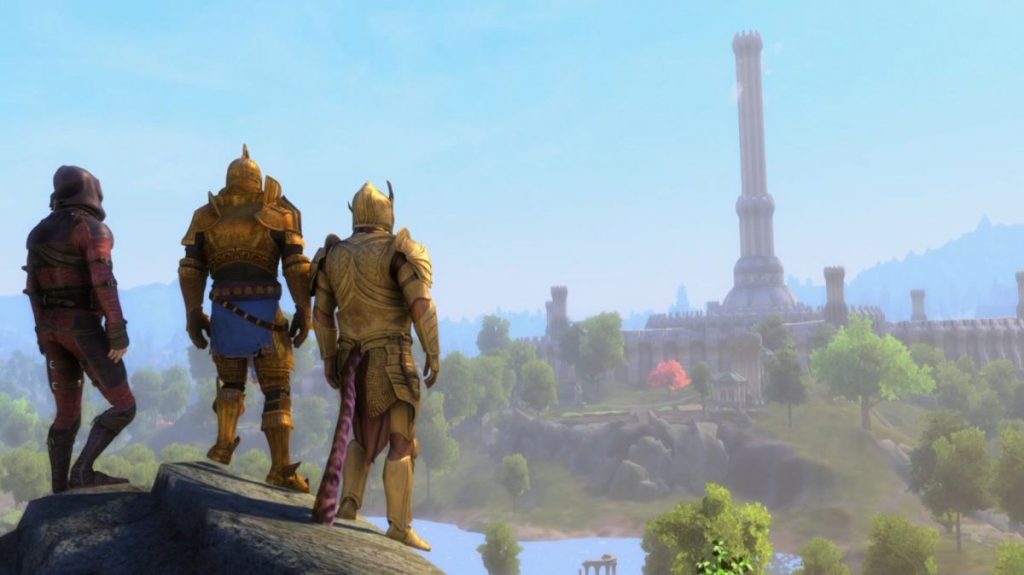 Of the many huge mod projects for Skyrim that are on the horizon, none have me more excited than Skyblivion, which aims to recreate The Elder Scrolls 4: Oblivion in Skyrim’s engine. As a big Oblivion fan I’m extremely keen on the idea of revisiting a familiar world that’s been completely rebuilt and updated.

A new dev diary video from the dedicated modders behind Skyblivion has roughly 20 minutes of mesmerizing footage for you to stare at while sighing and wishing you could step into the mod right now. Check it out above.

This effort goes far beyond just creating some beautiful scenery. There’s a thoughtful approach behind the modder’s reimagining and redesigning of certain locations, such as the city of Leyawiin, which is highlighted in the video. The modders used some of Bethesda’s original concept art for the city so the Niben River now flows through it, allowing boat traffic like a proper port, as opposed to the city’s layout in Oblivion that just has it sort of parked next to the river. The city’s districts in Skyblivion are also well-defined and logically laid out. It’s a great example of completely redesigning a location but still staying true to the original vision.

Also highlighted are some beautiful landscapes from around the map, and there’s a big focus on some of the game’s famous forts like Sancre Tor and Fathin Aren’s Tower. And hey, you might even spot an outhouse in the video. Cyrodiil, at long last, is getting toilets.

Why am I still even writing words here? You’re all just watching the video and wishing you could play the mod right now. Unfortunately, it sounds like Skyblivion still has a ways to go before we can get our hands on it, but if you want to pitch in with the modding efforts you can visit the Skyblivion volunteer page here.