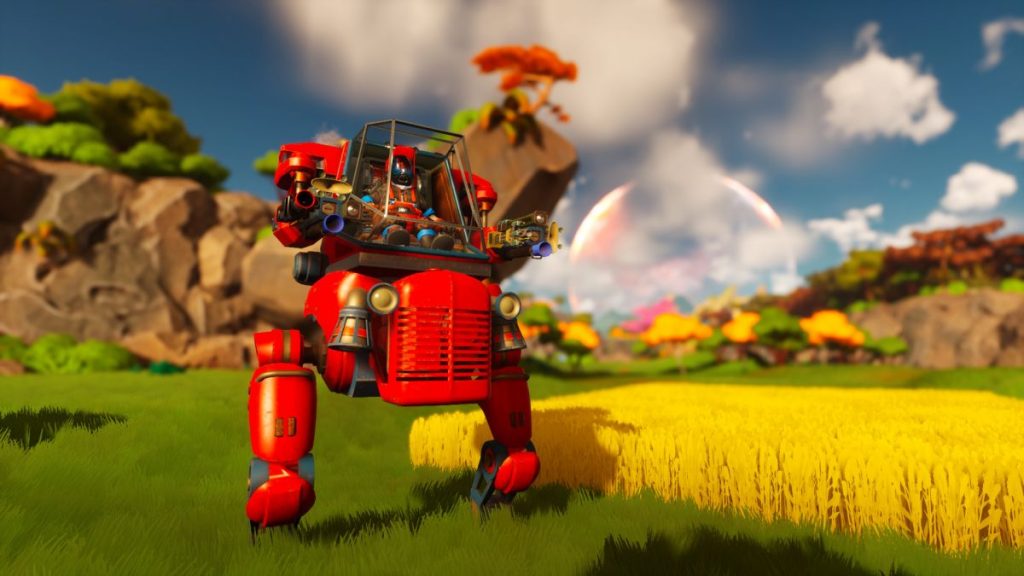 There are a lot of farming games. However, to this point, to my knowledge, none of those farming games had mechs. Soon Lightyear Frontier will remedy this grave oversight by delivering an open world farming, building, and exploration game set on a far-away science fictional world. It’s currently in development, with not much more than a Steam page and reveal trailer to its name, and will release into Early Access at a date that’s still to be announced.

It’s planned to be co-op for 1-4 players and will have a twangy country and western inflected soundtrack. Yeehaw. There’s more than a bit of No Man’s Sky and Astroneer here, with an abundance of rounded edges and saturated colors.

You will of course do your farming, building, and exploration of this alien world with a mech. Lightyear Frontier will have four seasons and a weather system, and a big part of the game will be protecting your farm from weather and seasons while you “discover and grow alien plants” as well as “domesticate wildlife.”

As you upgrade your tractor mech you’ll be able to explore deeper into the wild, uncovering a “mystery-driven narrative” and exploring “ruins left behind by unknown entities” which pretty much sounds par for the sci-fi planet course.

Trailiers for the game show how farming in a mech works: Water sprayers, crop harvesters and the like. There’s also free-placement building to do as you build your farm’s windmills and ranch houses and twee, very-much-smaller-than-your-mech fences. Who are the fences for? Not you, I’d guess, since you’re in a great big honking robot tractor.

You can find Lightyear Frontier on Steam.