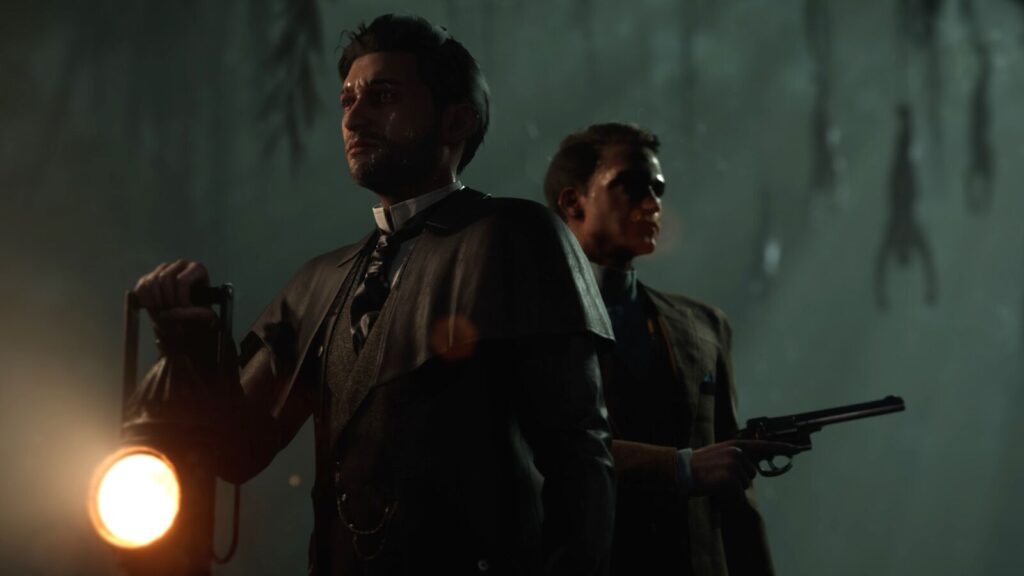 Following last week’s announcement that Frogwares – the developer behind the likes of Sherlock Holmes: Chapter One and The Sinking City – is remaking its 2007 Sherlock/Lovecraft crossover The Awakened, the studio has released a first cinematic trailer for the project, which is seeking Kickstarter funding right now.


The Awakened, if you’re unfamiliar, was the third instalment in a series of Frogwares-developed Sherlock Holmes investigatory adventures that has so far spanned nine games, pitting the Baker Street detective against Cthulhu cults and eldritch abominations across Victorian London, Switzerland, New Orleans, and the Scottish Highlands.


Frogwares’ remake will see the studio reimagining the title for modern audiences, drawing on its learning from the more recent Sherlock games, and retooling its story to be a continuation of the young Sherlock arc, which started in last year’s Chapter One. And if you’re curious to know how that might look, the developer has you covered with a new cinematic trailer in which Sherlock and Watson traverse the New Orleans bayous into a strange realm that, pleasingly, looks to share more than a few aesthetic beats with Frogwares’ Lovecraftian The Sinking City.


Sherlock Holmes: The Awakened is currently aiming to release on PC, PlayStation, Xbox, and Switch some time next year, but Frogwares is seeking additional funding via Kickstarter to help the Ukrainian studio achieve some “stability and predictability” as it continues to adjust to life during Russia’s ongoing invasion of the country.


“Under normal circumstances, we would secure the funding for our next game ourselves from the sales of our previous titles,” it explained at the time of its initial announcement. “But this war is continually throwing new challenges at us that each time requires we stop, regroup and adapt. This takes time, effort, and in some cases money that would normally be marked to fund the production of a game.”


Frogwares further explains its rationale for crowdfunding, and offers some additional insight into the challenges of creating a game during an ongoing war, in a sobering developer video accompanying today’s Kickstarter launch. So far, the crowdfunding campaign has already surprised its initial $71,140 USD goal, still with 29 days to go.