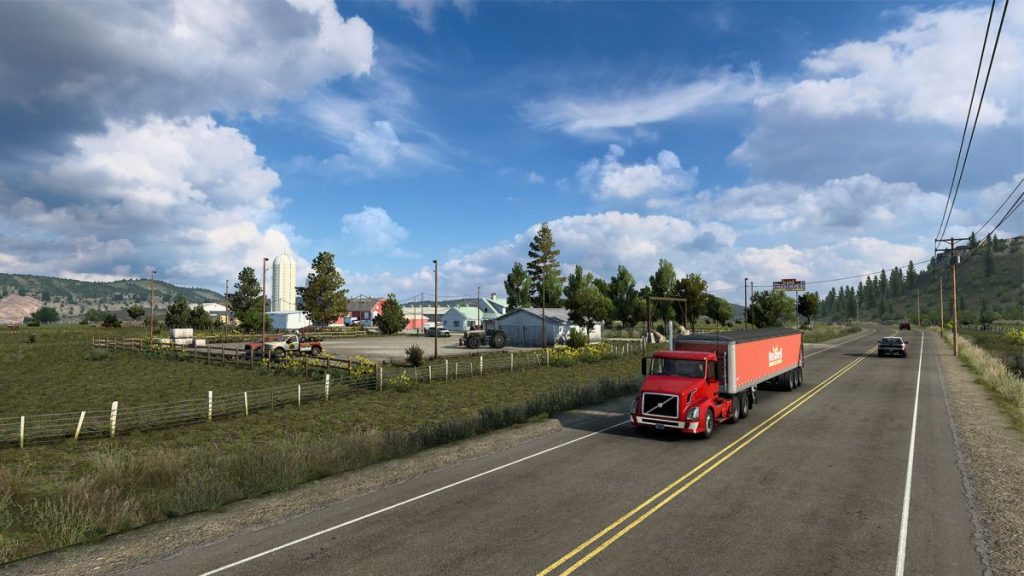 Wyoming is the next state being added to American Truck Simulator—joining Arizona, California, Colorado, Idaho, Nevada, New Mexico, Oregon, Washington, and Utah. It’s impressive how much the game’s atmospheric take on the United States has grown since it was released back in 2016.

The Wyoming expansion is ‘coming soon’, with a firm release date still TBA. But in the meantime, developer SCS Software has released some new gameplay footage showing off the state. Check it out below.

In the video, an SCS developer drives from Evanston to Jackson, journeying down a few new roads in Utah and Idaho that will be included with the Wyoming expansion. Across a 20 minute drive we see rolling hills, small towns, dusty gorges, and scenic roads winding through forests.

“Wyoming may be one of the least populated states in the United States,” says SCS on the DLC’s Steam page. “But it’s home to some of the country’s most breathtaking national parks, red-walled gorges, hot springs, historic prairie towns, pioneer history, and historical attractions.”

All of this will feature in the game’s scaled-down replica of the state. And if you want an early look at the roads you’ll be truckin’ on, SCS posted a map on its development blog. I personally don’t know anything about Wyoming, so I’m looking forward to taking my truck for a spin there.