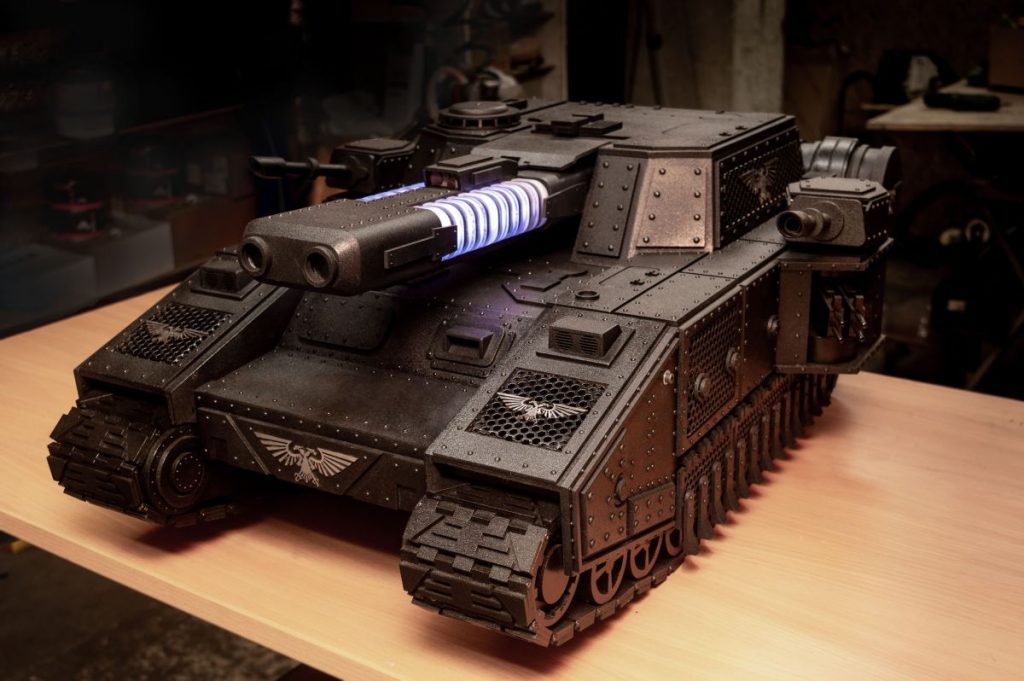 We’ve all seen a lot of case mods, but its been a while since I’ve seen one this dedicated to a single fandom: Crafted in the image of a Stormblade Super-Heavy Tank from Warhammer 40,000. The build, posted to Reddit and builds.gg by a Russian designer who goes by Alex, IncCaseCrafting, or Megolet, is mostly made from sheets of what looks like laser-cut birch plywood. Weighing between 20-25 kilograms—that’s 45-55 pounds or 3-4 stone—it’s a beast of a build not just in construction, but in detail.

Here’s the interior, which has what Megolet considered a test build of an i9, RTX 2060, and EATX motherboard. For now, though, it’s empty: with Megolet saying they “don’t have worthy hardware” for the final build, which will include liquid cooling.

My favorite part of the build, however, is the cable management: Megolet didn’t do any. “There is no cable management at all,” they posted, saying they couldn’t “force myself to do it.”

Asked how much the whole thing cost, Megolet said “I paid more than 300 hours of my life. Money was not so big.” That includes time designing and cutting the components, while assembling was “about 30% of the work.”

You can see a full gallery of the case, as well as a few pictures from the in-progress build, on Reddit and on builds.gg. With all due respect, this one’s going to take my top spot of favorite case mod of 2021 away from the very cool but not a tank PS2 case.