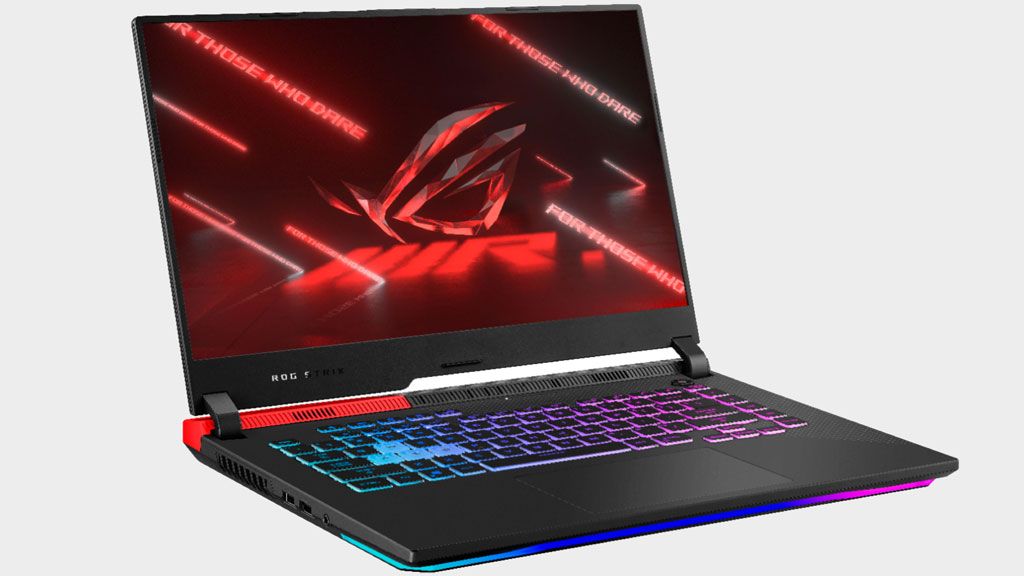 The best value machines in gaming laptop territory are shaping up to be systems built around AMD hardware. Bear in mind that ‘value’ is not code for low end, either. Further proof of this can be seen in the Asus ROG G15 Advantage Edition that is on sale at Best Buy for $1,499.99.

It’s marked down $150 from its MSRP, and even at full price, this laptop has my attention. Pick where you want to begin. The display? It’s a 15.6-inch IPS screen with a 1920×1080 resolution, 3ms response time, and a whiplash-inducing 300Hz refresh rate.

The refresh rate is around twice as high as the Razer Blade 14 that we like so much. To help take advantage of it, Asus equips this setup with a Ryzen 9 5900HX processor and Radeon RX 6800M GPU, either of which are good places to start the discussion this laptop as well.

These parts are at or near the top of their respective lineups. Starting with the CPU, it is an 8-core, 16-thread chip based on AMD’s stout Zen 3 architecture. It has a 3.3GHz base clock, up to a 4.6GHz boost clock, and 16MB of L3 cache. Only the 5980HS and 5980HX are faster in AMD’s mobile lineup—they have the same core and thread counts, but a higher max boost clock at 4.8GHz.

The Radeon RX 6800M, meanwhile, is AMD’s top mobile GPU. Based on the company’s newest RDNA 2 architecture, it wrangles 40 compute units and 2,560 stream processors, to deliver up to 23.55 TFLOPs of half-precision compute performance. It also boasts 12GB of GDDR6 memory tied to a 192-bit memory bus and 96MB of Infinity Cache.

In plain speak, it’s a fast GPU for high-end gaming. We’ve yet to test a laptop built around a 6800M, but according to AMD, it can deliver north of 120 frames per second in a bunch of games at 1440p. And as for taking advantage of the 300Hz refresh rate, AMD’s own benchmarks claim it can hit 294 fps in Counter-Strike: Global Offensive, 318 fps in Rainbow Six Siege, and 417 fps in Valorant, to name a few games.

Bear in mind those claimed figures are at 1440p. This laptop has a 1080p panel, which is less demanding on the GPU.

In short, the G15 as configured here should be capable of a high-end gaming experience at an attractive price point.