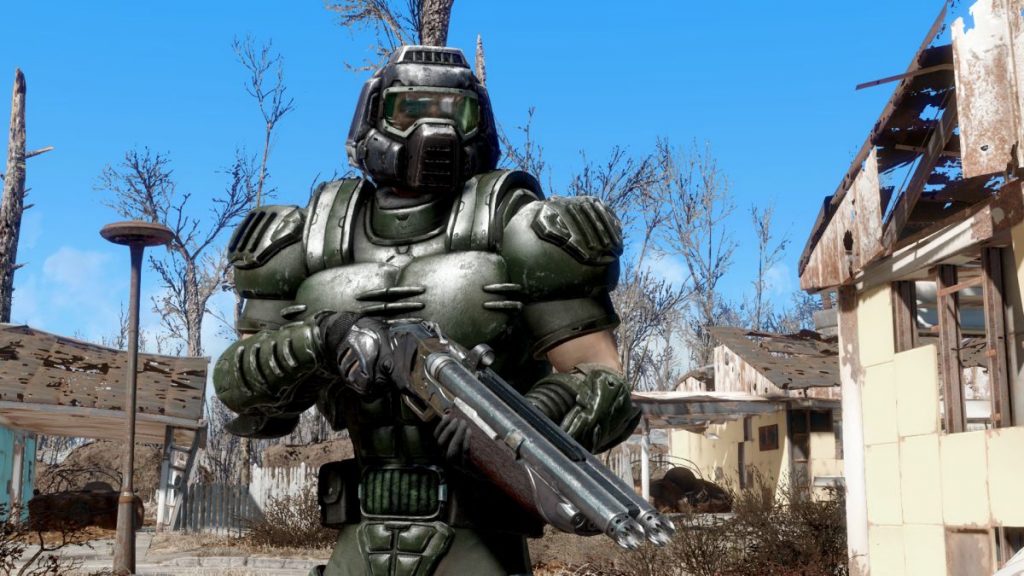 If you want to do some Bethesda crossover cosplay in Fallout 4, or just want to look like a complete badass, now you can rip and tear your way through the Commonweath dressed as Doomguy. Hell, yeah.

I guess we’re actually supposed to call him The Slayer or Doom Slayer these days, but to me he’s always been Doomguy, and this Doom Guy armor set by modder AthenaX looks fantastic, especially when paired with a big ol’ shotgun. Those mole rats aren’t gonna know what hit ’em.

Now, you might remember that there’s already a Doomguy Armor mod for Fallout 4 via the Creation Club. But if you look at the Creation Club version (there’s a couple pictures here) and AthenaX’s version, I think it’s pretty clear which looks more badass. Frankly, it’s not even close.

Plus, the AthenaX version is free on Nexus Mods. There aren’t any other required mods to use the Doomguy Armor, though there are a few suggested ones, like the High Heels System mod that’ll keep Doomguy’s boots from (slightly) clipping into the floor. To access the armor once you’ve installed the mod, you can craft it piece by piece at your workbench—it’s comparable to vanilla combat armor and has a light, medium, and heavy version.