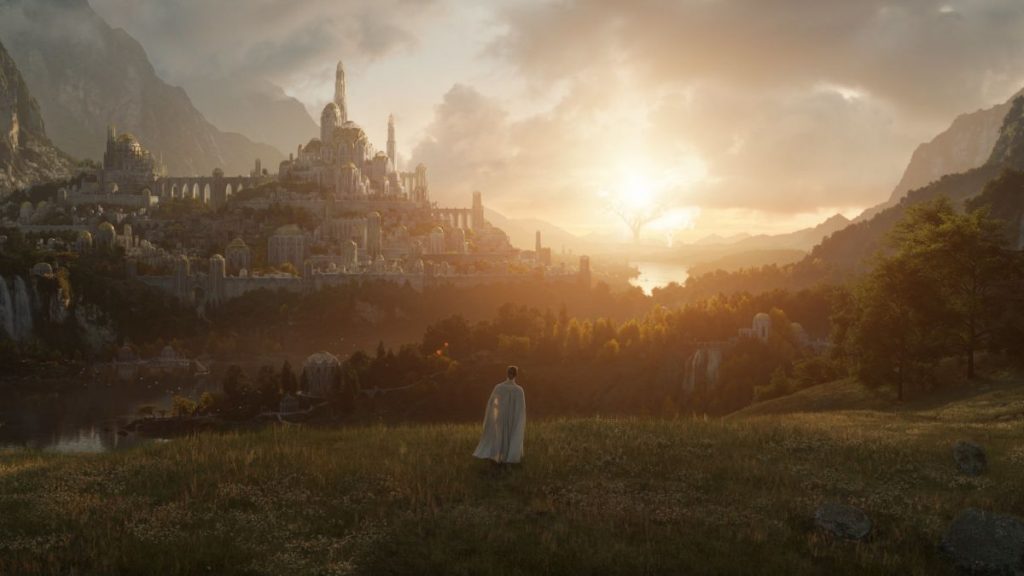 If you’re like me, you’ve forgotten and remembered on several occasions that a fancy new Lord of the Rings TV show has been in development at Amazon. Well, five years and one (still ongoing) pandemic later, we finally have our first look at the show, as well as a release date: September 2, 2022.

That’s right, it’s still more than a year off, but at least it seems a little more real. And from the looks of the image above, which was shared by the show’s official Twitter today, I can see where that $450 million budget is going (that already makes this the most expensive TV show in history, by the way). According to eagle-eyed fans in the replies, the region depicted in the image is Valinor and the city of Valmar, home of the elves during the time period in which this series will presumably take place. Looks like a lovely time to be alive.

On even closer inspection, fans also think they’ve spotted two figures with deep roots in Lord of the Rings lore: The Two Trees of Valinor, Laurelin and Telperion. This is the first I’m learning about these giant leafy lads, so bear with me, but here’s what the unofficial LOTR wiki has to say about them:

“The Two Trees of Valinor, also known as the Trees of the Valar or simply the Two Trees, were Laurelin (the Gold Tree) and Telperion (the Silver Tree), which brought light into the Land of the Valar in ancient times. They were destroyed by Melkor and the primal spider Ungoliant, but their last flower and fruit were made by the Valar into the Sun and the Moon.”

Presumably the above helps Rings superfans pin down the TV show’s timeline. We know from previously shared maps that the show takes place sometime in the Second Age, thousands of years before the events of Peter Jackson’s movies. It seems somewhat odd to me that these trees became the sun and moon, but joke’s on Melkor and his spider pal, I guess. Also, hopefully none of that qualifies as a spoiler I’m going to get shouted at for come next September.

The arrival of a new LOTR show feels likely to trigger an uptick of interest in Tolkien’s universe, which will probably mean more games. As of now, the biggest one on the docket is Lord of the Rings: Gollum, which Andy previewed back in March, and is also out sometime next year, undoubtedly accompanied by a lot of terrible mentions of preciouses in the reviews.