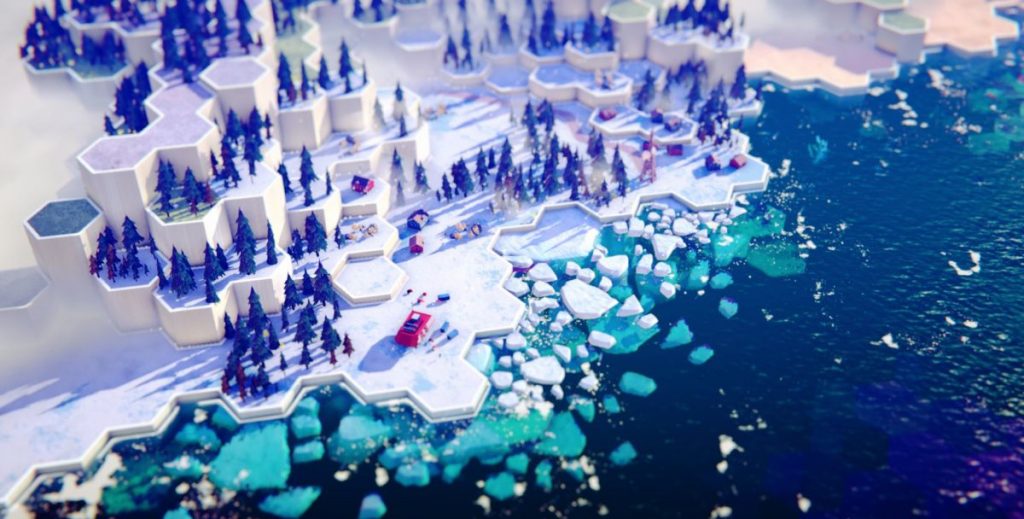 I’m not sure why a hex map is so instantly appealing to me, honestly—maybe it’s a reminder of old D&D campaigns from my teen years where world maps were drawn on hexagonal graph paper instead of on a square grid. Hex maps just have an extra bit of wonder and mystery to them, I think.

So when I see a hex map in a game I’m always interested, and that goes triple for the one shown in the trailer for Hexoplanet. Because, wow. It’s beautiful.

In Hexoplanet, which is being developed by artist and engineer Max Gittel, “You take control over a robot civilization that recently achieved self-consciousness and needs to prepare a new planet for their masters, the humans.” As in games like Factorio and Satisfactory, you gather resources, build factories, produce products, manage logistics, research tech, and transport materials around the map to where they’re needed most using trucks, trains, and boats.

Sounds fun, but mainly I’m just in awe of how beautiful this hexy world looks. I think it’s the most beautiful hex world I’ve ever seen, in fact. Swampy marshes with little lily pads, chunky little ice floes floating off the coast, wheat fields, poofy trees, hexes stacked up to form plateaus and mountains, plus there’s some really lovely shaders and atmospheric effects at play. Even the heavily industrialized areas somehow look beautiful, with little smokestacks pumping out adorable clouds of pollution and cargo ships churning through murky brown waters.

And perhaps there’s more to it than a beautiful hex world and a network of resource management. At the end of the trailer, self-replicating bot #392094343 takes a look at the label on its arm, which reads Property of Humans, and then gazes into the sky. Maybe we’re in for a little robot revolution?

Hexoplanet is currently in development, with an “anticipated” release next year.