History’s weirdest shotgun is coming to a videogame near you 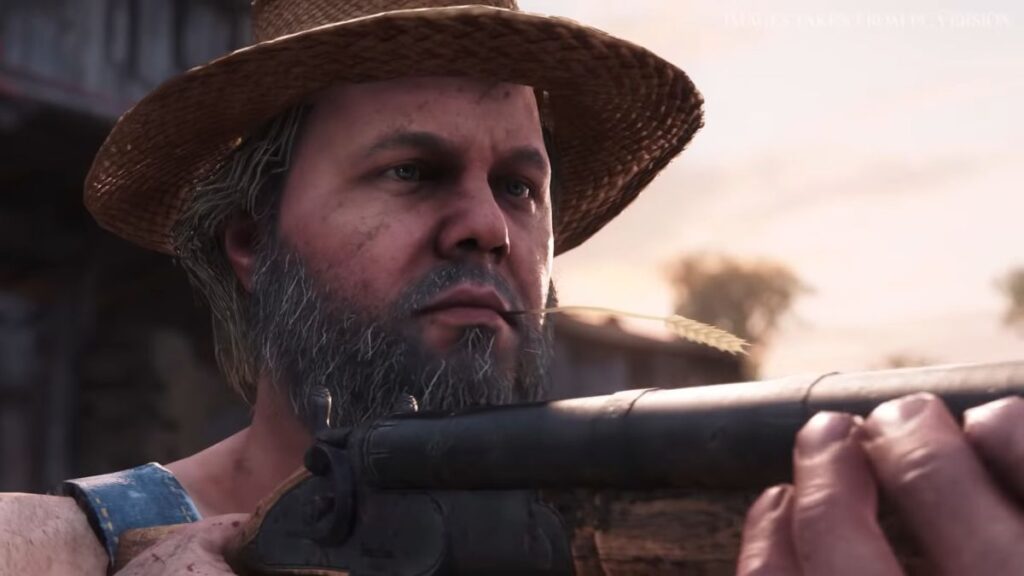 Hunt: Showdown, a tactical cowboy FPS known for its arsenal of cool, absurd, and forgotten weapons of the 1800s, is only getting weirder. According to a detailed leak (opens in new tab) outlining an upcoming update, Hunt will soon receive a peculiar historical shotgun design long requested by fans: the Alofs device.

The Alofs is the sort of janky, literally bolted-together piece of tech that was common with early firearm design. By screwing a strange two-tube attachment to the outside of a break-action shotgun, the Alofs could transform a single-shot shotgun into a repeating shotgun capable of firing five shells before reloading, defying god in the process. It’s sort of like bolting on all the complicated mechanical insides of a normal pump-action shotgun to the outside, and it looks way cooler.

After videos demonstrating (opens in new tab) the novelty of the Alofs device garnered millions of views back in 2020, the Hunt: Showdown community took notice. In the years since, fans have asked Crytek to add what they reckon is the perfect addition to a game that already features a Mosin Nagant rifle surgically modified to shoot full-auto, rifles with bladed stocks that double as axes, and a whaling spear that launches explosive harpoons.

The dream appears to be finally coming true in the form of the Romero Alamo, an upcoming variant of the Romero shotgun that transforms the slowest shotgun in the game into one of the fastest. Some players in the recent 1.9 Test Server build were apparently able to equip the Romero Alamo and run around the map using it (opens in new tab).

As far as I can tell, that is a vicious shotgun. Hunt already features two other pump-action shotguns that function similarly to this, but the notion of a quick-firing Romero is daunting. The basic Romero shotgun hits very hard and has a longer range than any other shotgun, yet has always been balanced by holding only a single shot before requiring a long reload. With an Alofs device slapped on, the Romero loses its one major downside and could be one of the strongest guns in the game.

At least, theoretically. When Crytek introduces a new gun variant, it also tweaks some of its values to balance it out. As a result of the fast-firing mechanism, the Romero Alamo may have decreased range or increased recoil.

Another balancing knob Crytek can tweak is the price of the gun: How many in-game Hunt Dollars will I need to cough up for a supercharged Romero? Likely hundreds.

The Alamo isn’t the only new weapon detailed in the leak. Art apparently datamined from Hunt’s test server also suggests the new rifle ammo pistol previously teased by Crytek is the Sparks Pistol, a handheld version of the popular Sparks rifle. The Sparks rifle is famous for its ability to drop enemies to a single health point in a single shot, though the smaller barrel of the Sparks pistol will likely mean a bit less damage and range.