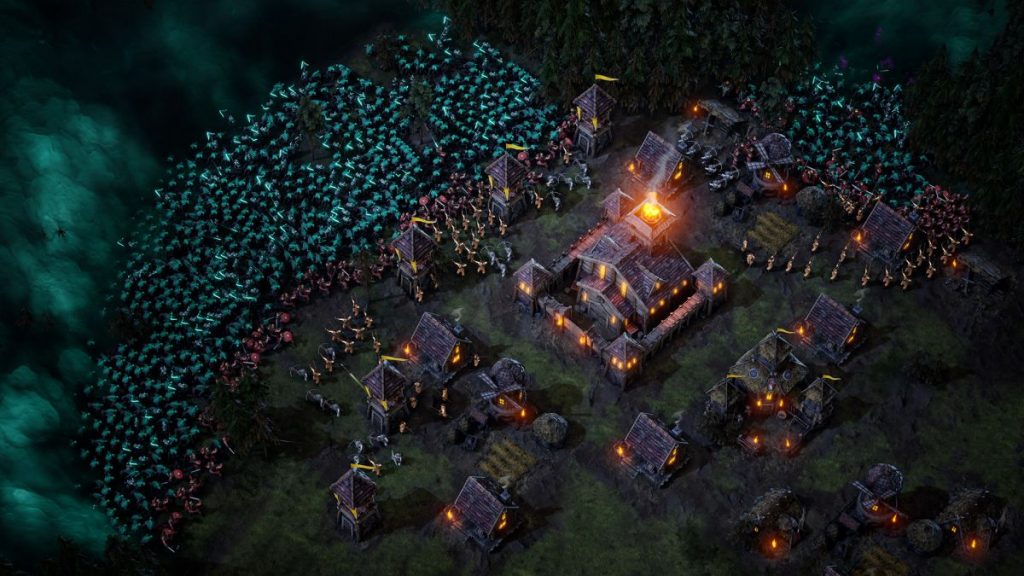 Age of Darkness: Final Stand might be the most generic game name I’ve heard in a minute. But there’s more than a few tricks to this survival horror RPG, and an absolutely unreasonable number of ghouls.

Despite the name, They Are Billions “only” managed to render a mere 20,000 enemies on screen at once. Using what developer PlaySide calls SwarmTech, Age of Darkness more than triples that by rendering over 70,000 clammy undead monsters.

Structurally, however, Age of Darkness works much the same as its steampunk survival sibling. Build up a base, RTS-style, gathering resources and amassing troops to defend yourself against the inevitable night-time hordes. Monsters will spawn from an all-consuming fog that covers the map, one that can be pushed back with light sources.

The horrors will be at their strongest during Death Nights, which comes with a randomly-selected “malice” such as spawning more basic monsters when an elite enemy is killed. Survive these, though, and you’ll be granted three blessings to pick from, strengthening your base with increased XP gain, faster construction times, or the chance to spawn double units.