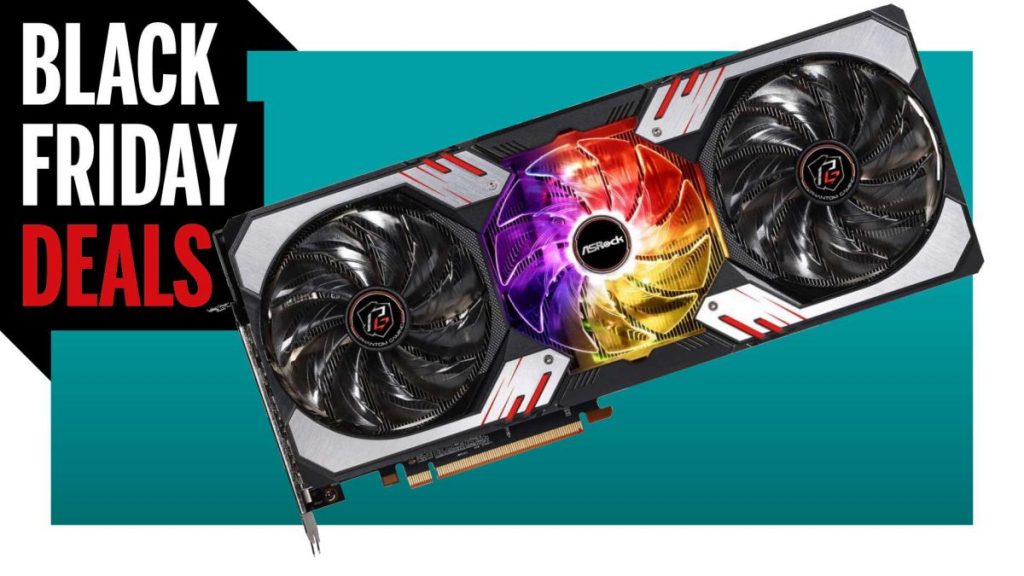 The only real Black Friday graphics card deal we’ve found is a damning indictment of the current state of the GPU market. It’s a quality slice of graphics silicon, with a $100 discount at Newegg, but a pricetag only its mother could love. The ASRock Radeon RX 6900 XT Phantom Gaming D uses AMD’s most powerful GPU, and will make for an outstanding upgrade for almost anyone’s gaming rig, if you can afford it.

The Radeon RX 6900 XT is mighty competitive with Nvidia’s RTX 3080 and occasionally even the GeForce RTX 3090, but has suffered by comparison in our reckoning because of its $999 MSRP and the fact that it’s only marginally quicker than the excellent Radeon RX 6800 XT. But there’s no doubting that the RDNA 2 architecture can deliver supreme gaming frame rates and this will make for a great basis for an excellent gaming PC.

It’s just that it’s so damned expensive, and even with a $100 discount this ASRock version is still $1,499.99. That’s pretty much the price of an entire RTX 3070-powered gaming laptop.

The plus side is that you do get two free games with your hyper expensive new graphics card—Far Cry 6 and Resident Evil Village—as well as one month’s free access to Xbox Game Pass for PC. That’s a whole lot more than two games, and is actually a pretty decent bundle all told.

Sure, it’s a powerful graphics card, but for just another $50 you could have this whole gaming laptop.

It is, however, important to remember that GPU pricing is screwed all over the place. Our recommendations around how to buy a graphics card have recently been focused mostly on putting your money towards full system purchases of gaming PCs or gaming laptops, and giving up on chasing the GPU restock dragon.

Finding a card at MSRP alone is a nightmarishly difficult task, especially on any of the more affordable versions of the latest AMD and Nvidia graphics cards, which sadly does make this sub-MSRP ASRock RX 6900 XT a deal.

Just a very expensive one.