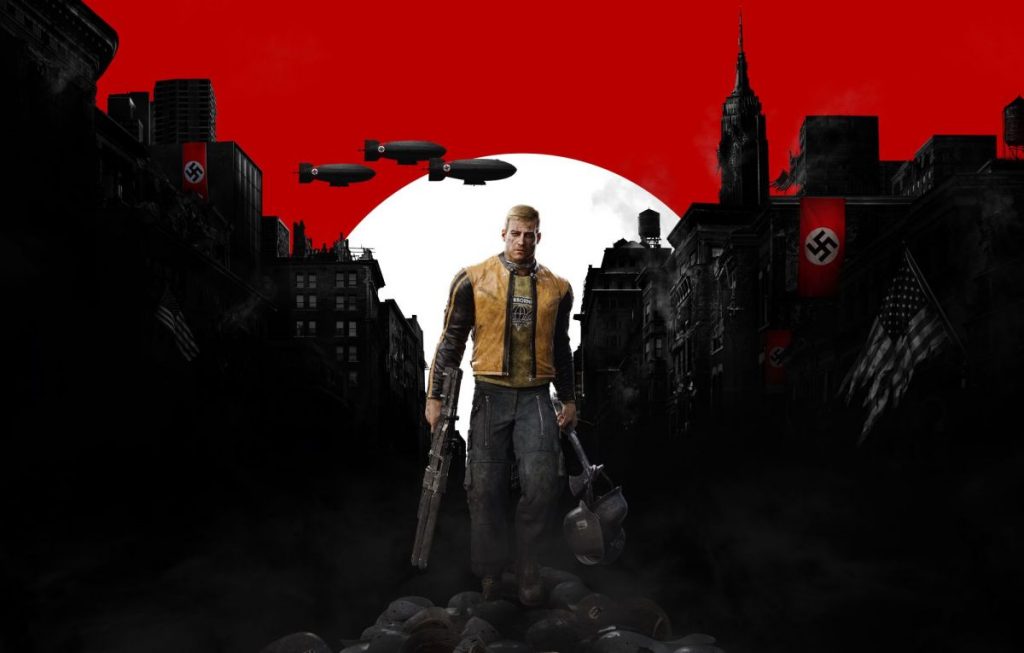 Videogames have a long history of using World War 2 as a backdrop, but the Holocaust goes virtually untouched. It’s not surprising: By and large, games designed as entertainment—often comical or at least unserious entertainment—and the mass murder of six million human beings in pursuit of a racist ideology doesn’t suit that intention. To mark International Holocaust Remembrance Day, the Sarah and Chaim Neuberger Holocaust Education Center will take a look at one game that does focus on the Holocaust: The Light in the Darkness, an “educational historical experience” about the Holocaust in France.

“I am French, and the Holocaust in France is rarely discussed,” director Luc Bernard explained last year on Xbox Wire. “Another reason it resonates with me is since I was a boy, and my grandmother would tell me stories of her looking after Kindertransport children in the UK. So, the Holocaust shaped my family.”

At first glance, The Light in the Darkness looks like a point-and-click adventure, but it will not make use of “choice-based mechanics” in order to emulate the powerlessness experienced by victims of the Holocaust, says Bernard. “Instead, the game is more about the story and witnessing these dark times through the eyes of the family, to humanize the victims, and show the kind and heroic actions of those around them.”

The Holocaust Education Center’s program, hosted by the Neuberger’s Online Hate Research and Education Project manager Daniel Panneton, will feature gameplay footage from The Light in the Darkness, and will also go deeper on the topic in conversations with Bernard, David Klevan of the US Holocaust Memorial Museum, and Marnie Salsky, a photographer whose work examines the experiences of the Jewish community in Toronto amidst a rise in antisemitism around the world.

Bernard said in an email sent to PC Gamer that The Light in the Darkness is “first and foremost a videogame,” with gameplay inspired by adventures like Oxenfree and Telltale games. But there will be a strong educational focus as well, including through the addition of survivor testimonies between gameplay segments.

“What I’m trying to achieve is bringing Holocaust awareness to a whole new audience, worldwide, and also to remember what happened to the Jews of France and memorialize those who died,” Bernard said.

Bernard said he’s experienced plenty of antisemitism himself during his time making games, which is why he’s only launching The Light in the Darkness on the Microsoft Store, where it will be free. “I won’t release the game on Steam because we know it will go antisemetic and [into] Holocaust denial quick,” he said.

“[Steam] pages and the forums are really full of Nazi-like far right [commentary]. And since the game will be free so it can be accessible all through the world, we have to have it on a platform where the far right won’t go and review bomb it or people make jokes about Holocaust denial.”

The Light in the Darkness reveal isn’t Panneton’s first examination of Holocaust portrayals in videogames: In December, he held a discussion on the portrayal of the Holocaust in Wolfenstein: The New Order, which actually includes a segment inside a forced labor camp. Interestingly, one of Panneton’s chief criticisms of the game is its portrayal of the Da’at Yichud, a fictional Hebrew mystical society that wields tremendous technological power that eventually enables victory over the Nazi forces.

“[The portrayal] is dangerous ground because conspiracy theories about powerful Jews are inherently linked to the rise of the Nazis and the Holocaust,” Panneton says in the video. “It’s disappointing, considering that this is an explicitly anti-fascist, anti-Nazi videogame.”

“When it comes to depictions of fictionalized Jewish mysticisms, I suppose I’m of the opinion that it should be steered clear of, as they are often illustrative of unspoken assumptions within a culture,” he elaborated in an email. “I don’t think it’s necessarily ill-intentioned—look at JK Rowling and the film adaptation depictions of goblins, which despite looking almost like something out of Der Sturmer, also do fit into existing cultural practices and depictions of fantasy characters. The depictions don’t come from a place of malice, but they are rooted in established ideas.

“In Wolfenstein’s case, I was thinking that it also doesn’t make narrative sense. If there was a power that Jewish people controlled that was strong enough to turn the tide of the war, why would they not use it to stop Nazis or end the Holocaust? There are Jewish mystic traditions, Kabballah being the most famous, that could perhaps be engaged with in an accurate manner, but even then I’d be wary.”

The Neuberger’s presentation of The Light in the Darkness will be broadcast live at virtualjcc.com, beginning at 8 pm ET. Registration is required, but a recording will be uploaded after the stream completes.