Home » How to pre-order a Steam Deck

How to pre-order a Steam Deck 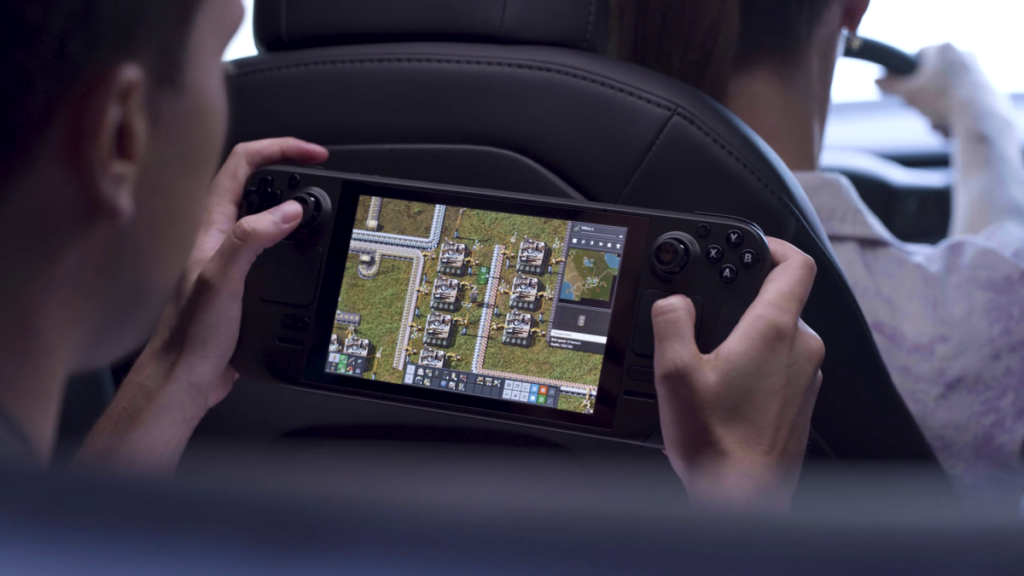 As we’ve seen with high-end GPUs, PS5s, and many other types of new hardware over the years, scarcity of product can lead to unsavory types buying in bulk and then reselling their supplies to the public at ridiculous markups.

With Valve’s newly announced Steam Deck opening up to pre-order reservations this Friday, we’re expecting demand from PC gamers to be high (Gabe Newell said he expects to sell millions) and supply shortages could be a real possibility. (Remember Valve’s VR gear, the Index, was unavailable for ages due to demand massively outpacing supply.)

But Valve is taking a few steps to prevent hardware resellers from reserving a load of Steam Decks and then reselling them at a markup to people who missed out. Resellers won’t be able to simply create a bunch of new Steam accounts and then rack up a ton of reservations:

“We are aware of potential unauthorized resellers and as an additional safeguard to ensure a fair ordering process, we’ve added a requirement that the reserver has made a purchase on Steam prior to June 2021,” Valve’s FAQ reads.

So, anyone out there mass-registering new Steam accounts just to reserve multiple Steam Decks will be out of luck. This particular restriction will only be in place for 48 hours, though, but there are a few other rules that will hopefully keep resellers from hoarding Steam Decks. First, to reserve a Steam Deck you’ll have to pay $5—that’s not a lot, but requires at least tying some sort of payment to the account. And only one Steam Deck can be reserved and ordered per customer.

Hopefully, this will prevent people from reserving a bunch of Steam Decks and then selling them at steep markup (and cut down on people selling accounts that have reserved a Steam Deck, which I assume may happen as well).

We’ll see how it goes. In the meantime, if you’re interested in reserving a Steam Deck (just one!) for yourself, here’s how it all works:

How to pre-order a Steam Deck

If you have a Steam account in good standing and have used that account to make a purchase prior to June 2021, you’ll be able to reserve a Steam Deck on Friday, July 16, starting at 10 am PT, by visiting this page on the Steam Deck website.

If you haven’t used your Steam account to make a purchase prior to June 2021, you’ll have to wait 48 hours longer, until Sunday, July 18, to reserve a Steam Deck.

You will need to pay a $5 reservation fee to reserve your Steam Deck. “When you submit a reservation, you will be put in a queue,” says Valve. “Once inventory is available, you will be emailed in the order the reservations were made.”

If you want to cancel your reservation, no problem. Just visit the same page to cancel. You’ll be refunded your $5 to whichever payment method you used if you cancel your reservation with 30 days of making it. After 30 days, your refund will instead go to your Steam wallet. Similarly, if you reserve a Steam Deck and it becomes available, but you don’t order it in time (the time window is not specified), you’ll be refunded your $5 reservation fee.

Currently, only customers from the United States, Canada, the European Union, and the UK can reserve a Steam Deck. That will hopefully change in the near future: “Information about expanded regional availability coming soon,” says Valve.

An important thing to note: whichever of the three versions of the Steam Deck you reserve, that’s the one you’ll have to order when the time comes. “Once you’re able to order, you can only purchase the Steam Deck model that you reserved,” says Valve.