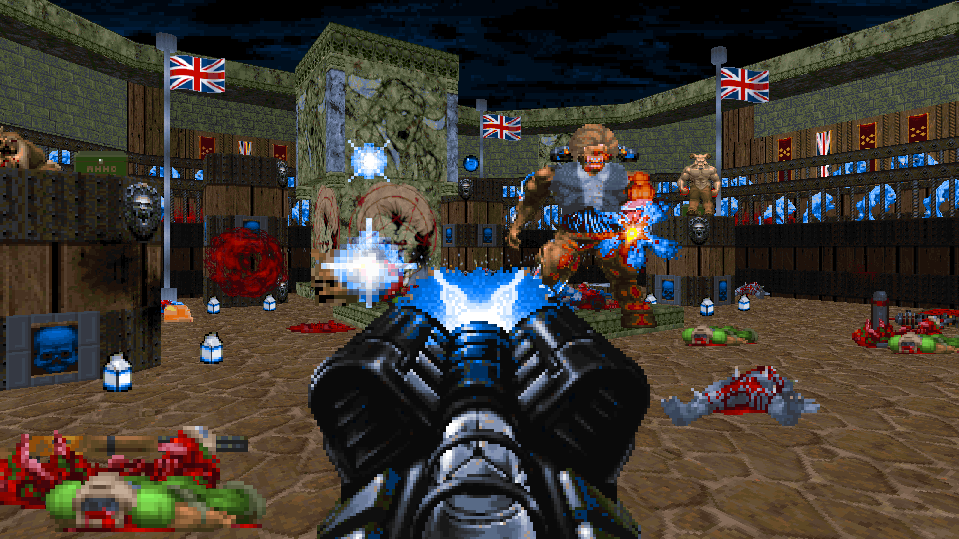 Back in July, I fell in love with an ongoing project to recreate a grim English high street in Duke Nukem 3D’s Build Engine. As it happens, another developer was already well underway on their own grim retro-coloured descent into Blighty—though there’s more gore than Greggs to be found in the depths of Thatcher’s Techbase.

Arriving on September 24, Thatcher’s Techbase is a free level pack for the original Doom (compatible with emulators like Boom) that sees you descend into “the tenth circle of hell—the United Kingdom of Great Britain and Northern Ireland” in the hunt for a resurrected Margaret Thatcher.

You’ll be blasting the stiff upper lips off hordes of reskinned zombies and demons from the bunting-clad halls of parliament to Thatcher’s own grave, with a handful of new weapons like the Trident Launcher and the BFG 1990, with full support for online co-op. Amazingly, Techbase has even wrangled the voice actors of Demeter and Persephone from Supergiant’s Hades to lend their vocals to the campaign.

I’m a massive sucker for this kind of grim representation of the UK in games—a more honest look at this weird, dour island than Forza Horizon 4’s sunlit uplands. Director Jim Purvis has even hinted that there’ll be a wry reference to Limmy’s stand-out “Honk if Thatcher’s dead” highlight.

More screens and info can be found on the game’s official site, where Thatcher’s Techbase will launch for free on September 24.