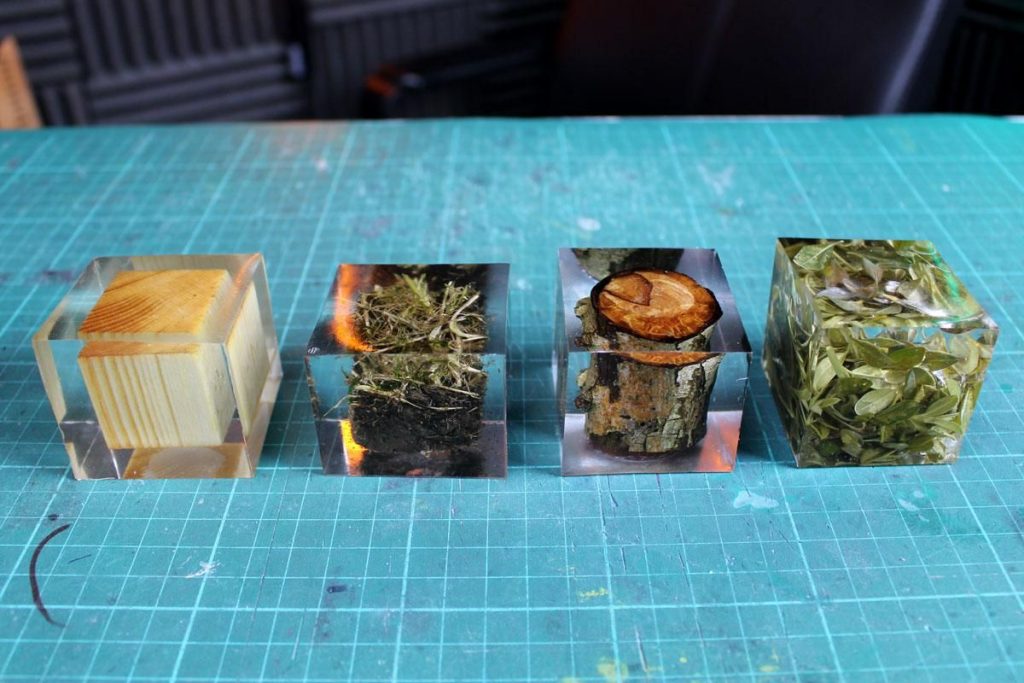 A redditor with the very appropriate name whathowyy decided it would be a good idea to make some Minecraft blocks for real: and so they did. These blocks each have different processes involved in their creation: the glass block, for example, is painted on the interior of the mould, before a polyurethane resin is used to set it.

OK, it’s not Earth-shattering stuff: but seeing a grass block emerge from the ground is cool. Incidentally the creator deliberately mixes-up the fan requests for ‘glass’ and ‘grass’ blocks, and feasts on the salt.

Here’s a glimpse at the creation of the glass block, which is the one you’d buy as a paperweight.

Oh go on then one more, what about a little Minecraft tree.

I also wanted to mention that howwhatyy’s other projects include an epoxy hot dog, which looks exactly like you’d imagine.

Minecraft’s the game that keeps on giving, whether it’s these kinds of real-life projects outside of the platform, the constantly stunning recreations of things like Breath of the Wild, or the dark underbelly of anarchy servers. Minecraft Earth never quite landed for me (or anyone, it would seem), but the idea of IRL Minecraft blocks still has magic.