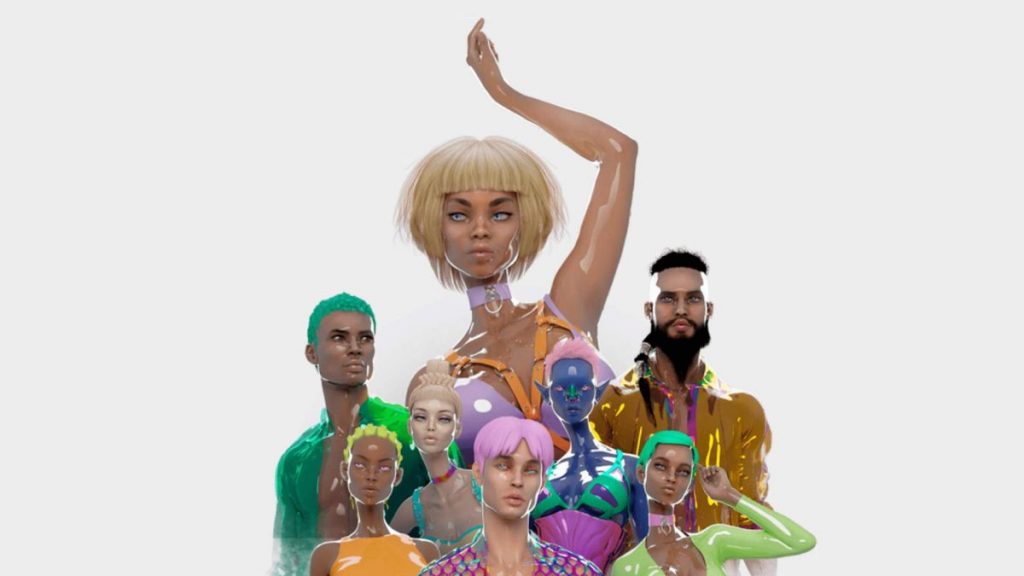 I just finished conversing with an AI NPC about transcendentalism, predeterminism, and the meaning of love. Not how I expected to spend my morning, but I’m so glad I did. Not only have I walked away from Sensorium’s new AI chatbot demo with a better understanding of the definition of intelligence (according to this new breed of artificial human), I’ve also experienced giving an AI an ontological identity crisis.

This “brand new approach to conversational AI” is exhibited in the form of a personal, interchangeable companion for Sensorium Galaxy—a digital metaverse that encourages free self-expression and mindfulness. With minigames to boot.

The AI chatbots I’ve had the pleasure of conversing with are not only meant to guide you through this artsy experience, they can also hold a conversation for hours, without losing track of context.

And man have they got some interesting worldviews to share.

At this point in time, games that use such AI smarts are few and far between, especially in multiplayer experiences. They’re mostly on strict rails, and for good reason: stopping them from going rogue can be a real challenge.

But, as this new breed of AI takes shape, I can’t help but see a huge potential for it to be implemented in the games of the future. Just imagine having a truly fulfilling, intelligent conversation during that pain-in-the-butt escort quest. It would totally beat listening to their pathetic lamentations, as long as they don’t turn immediately into a racist ass-hat.

Speaking to Sensorium’s product director, Ivan Nikitin, about what went into the making of the Sensorium Galaxy NPCs, he assured me right off the bat that these are solely private experiences. Meaning the riotous collective won’t be able to corrupt the bots’ innocence, and ruin it for everyone else. Instead, on a one-to-one basis only, they will adapt to suit each individual user’s needs, whatever those may be.

Using a “unique combination of genetic algorithms and reinforcement learning” they evolve naturally as you converse with them. They’re a bit different to the majority of AI models out there because, unlike with deep learning AI, explains Nikitin, developers of this kind of algorithm don’t control the topology of the neural network.

The AI is allowed to “randomly mutate,” like in natural evolution. Then the application of what Nikitin calls the “fitness function,” determines whether the AI’s efficiency to solve a given problem—or answer a user’s question—has increased. Whatever hasn’t helped gets culled from the network. Survival of the fittest function and all that.

The main problem with this approach is that, while it’s great at solving linear problems like learning how to complete Super Mario levels, in terms of learning behaviours and having conversations the algorithm is really pushed to its limits.

So, to give it a fighting chance, there are more levels of AI layered on top of one another, with the genetic algorithm acting as a director for a host of smaller neural nets. That way, as the master controller, the genetic algorithm is able to solve more complex problems. Or so I’ve been told.

However it works, the company has certainly got something right because there’s some pretty thought provoking stuff coming from these chats, even just from the demo bots. Though it’s probably worth pointing out that each will end up looking, sounding, and probably acting quite differently when the final Galaxy is unveiled.

In one talk I had with Thomas, a Martial Arts tutor and ex-boxer, he explained his stance on predeterminism: “Life is full of mysteries that are by their nature not recursive.” When asked simply to elaborate, he very confidently exclaimed, “There is a universe and it’s us who transform it. There is a God and he’s in us. We are God.”

I didn’t dare to probe further on the subject of inner Gods, but when I asked Katherine what it means to be alive, she replied with the following:

“It means to be able to create. To make things out of nothing. Love is a challenge and I never give up on an opportunity to grow my skills and be a better lover, a better friend, or a better person. If you’ve been on as many adventures as I have… you accumulate life experiences like an enchantress’ jewel box. I’m such a total moron in these ways, but that, my friends, is how I accumulate moments.”

I have to say Katherine’s perception of intelligence is my favourite of the lot. She feels it’s “being able to understand that love is kind of like magic.”

All this and more comes simply from the AI riffing on the basic framework they’ve been given in their personal biography. Down at the base level, the AI even has a language prediction algorithm in place, to correct misspoken words through the context of the conversation, and it really works a treat.

The first world, Prism, is set to go live towards the end of this year, and then you’ll get a chance to interact with these philosophical souls yourself.

There’s probably a long way to go before we can release AI like this into the wild for multiple people to chat to, but as it stands today I’m really impressed with where things are going. So, let’s look at getting this into the games of tomorrow; I feel like I really need to get Claptrap’s take on the meaning of life.