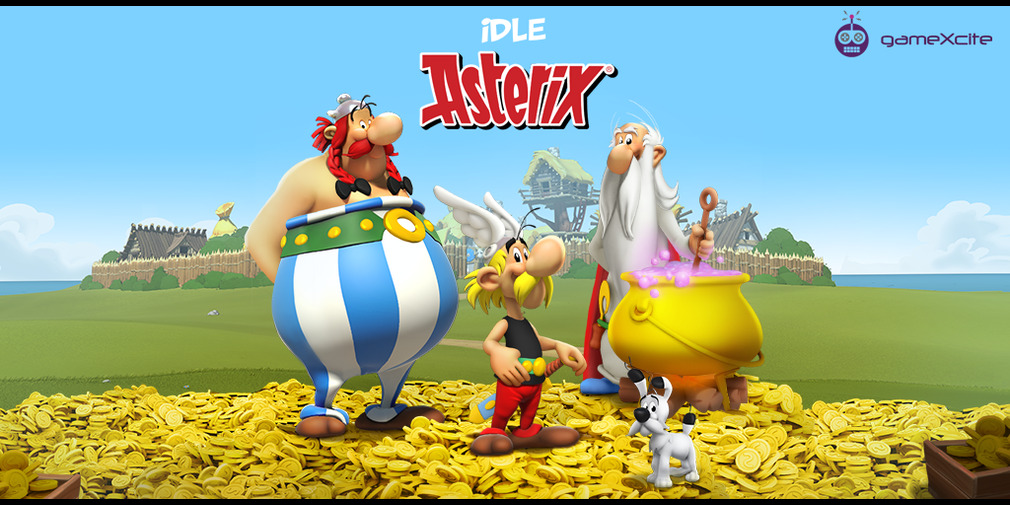 German Developer gameXcite GmbH has launched its latest project, an idle game based on the classic Asterix comic book series. This casual idle game will see you taking care of a village and its denizens while also defending against attacks from Roman soldiers as they attempt to tear down all that you’ve created.

First, let’s catch up on what Asterix is if you haven’t heard of it. This French comic book series sees a village of rough and tumble Gaulish warriors going on zany adventures all around the world, doing battle with Roman troops left and right with the aid of a magic potion. This series began in 1959 and has most recently received an entry in October of 2021, so it’s certainly got some pedigree.

As for how this translates to the game, your responsibilities will be to help the Gaul crew and their pals, each a character from the series, fight back against the Romans and their desire to ruin the Gaul’s lives. You’ll build up your economy over time by harvesting resources until you can gain more Sesterces, the in-game currency, and use that for a wide variety of uses.

Players will also be able to utilise a collectible card system that will unlock and upgrade heroes. These hero characters will be your defence, doing battle against the waves of Roman soldiers that you’ll have to complete to be able to plop down more territory for your village. You can then upgrade these fields for better resource gathering and less time between cashouts.

All-in-all, this is a fairly standard idle game, but based on one of the most ancient and legendary comic series out there, It’s nice to see a relaxing genre that even the oldest of readers will have a good time with.

Additionally, as time goes on, more and more adventures and heroes and all sorts of content will roll out for Asterix Idle too, so there’s a lot to look forward to! If you’d like to get involved, you can download it at the link below!