Home » If you truly despise Windows 11’s Start menu, there’s an app for that

If you truly despise Windows 11’s Start menu, there’s an app for that 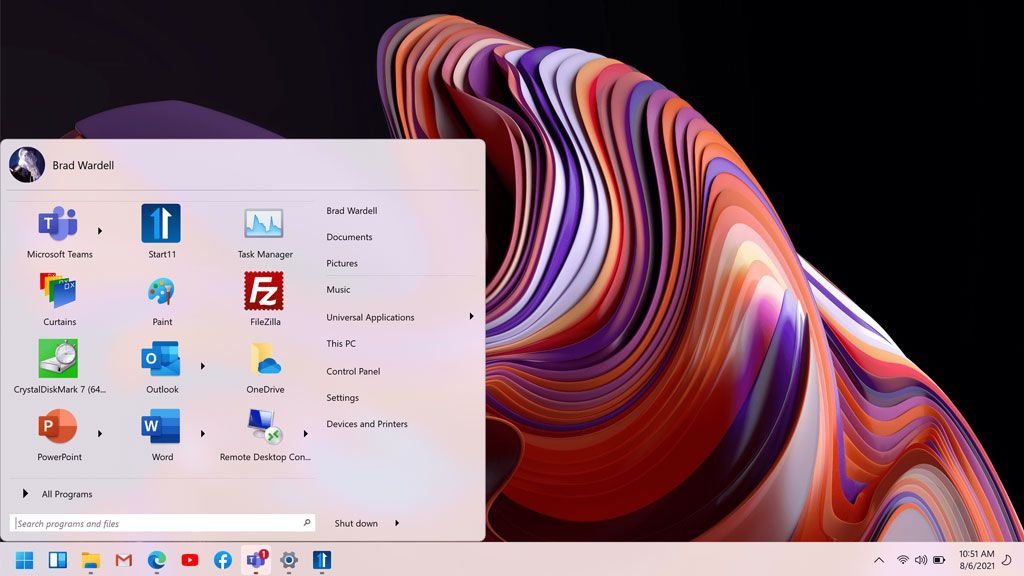 There’s an app for almost everything these days, including one that offers to restore the classic Start menu interface in Windows 11, for anyone who just can’t come to grips with Microsoft’s new design. There’s a caveat, though—it costs $5.

It’s also currently in beta. Stardock announced the availability of its Start11 app this week, and with it comes the ability to customize various UI elements of the Start menu in Windows 11. And yes, you can relocate the Start menu from its new center position back to the left-hand side, though there’s no need to for an app if the new alignment bothers you.

If all you’re after is a quick repositioning, you can do that for free in Windows 11. Just right-click anywhere on the desktop, select Personalize, navigate to the Taskbar section, then expand the Taskbar behavior settings. There are a few different configuration options, the first one being a Taskbar alignment pull-down menu, with Center (default) and Left as the two choices.

Start11 can move the Start menu as well, but it goes beyond giving it an alignment and aims to restore the look, feel, and function to past versions. And like Windows 11, it is a work in progress, with more features to come.

“This first beta is designed to regain some of the lost functionality in the current Windows 11 Start menu,” said Brad Wardell, Stardock CEO. “We have a lot of exciting new features planned to make the Start menu not just more accessible but also more useful to companies and power users.”

Start11 offers more granular control over the appearance of the Start menu, and the Taskbar as well. For example, you can decide whether to blur the wallpaper beneath the Taskbar and adjust its transparency, select the background color and restore bigger icons to the Start menu, select a style and theme, add a second Start menu if you’re running multiple monitors, and more.

Plunking down $5 for Start11 is a bit of a gamble, though, considering Windows 11 is still in development. While it is unlikely that Microsoft would incorporate all of the features of Start11 into the polished build that goes live later this year, it’s certainly possible that some of them could be added (as well as other features that Windows Insiders would like to see return). Or maybe none at all—there’s just no way to know for sure.

Start11 is not a finished product either, though. Stardock says it’s been designed to support future Start menu tweaks, so compatibility shouldn’t break when Windows 11 releases, or with future updates. And as far as planned feature updates go, Stardock says it will be adding additional style options and enhanced productivity features, and is retooling the search function to be “significantly faster” with more detail results.