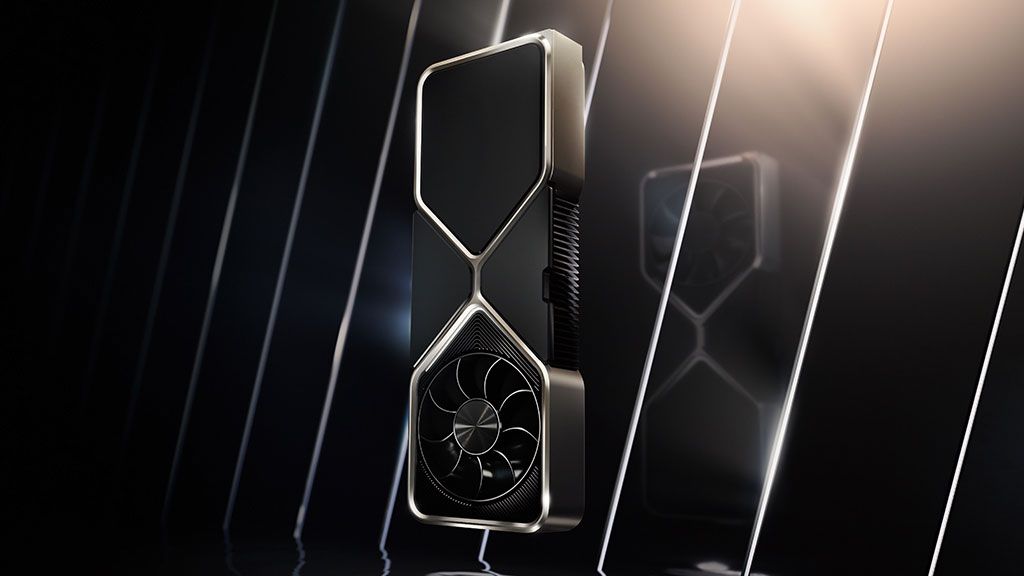 There is absolutely no way Nvidia would price its next-generation flagship graphic card—presumably the GeForce RTX 4090—at a wallet-busting $2,999, I’m certain of that. Nope, no way it happens. And if I say it or write it enough times, I even begin to believe it. Or maybe I’m fooling myself. Hell, I don’t know what to believe or think anymore when it comes to graphics cards, but I do know if Nvidia has the audacity to double the MSRP of its next-gen flagship compared to the current-gen, people will riot. And probably still buy it.

Such a big price increase is not anything I had even considered to be a possibility, until a Twitter user/YouTuber who covers GPU leaks posted a set of bold GeForce RTX 40 series price predictions. The predictions are not rooted in any leaked materials, but seemingly based on observations of the current landscape. Check it out:

Going by model nomenclatures, pricing would jump across the board, according to the above predictions (not to be confused with a price leak, which this is not). The GeForce RTX 4070, for example, would cost $799 versus the GeForce RTX 3070’s $499 launch price. That’s a 60% price hike.

I’m not inclined to put much stock into someone’s seemingly random predictions, and I have my doubts Nvidia will mark up its next flagship by 100% compared to its current top card, the GeForce RTX 3090. But then they had to go and say, “Miners and gamers voted with their wallets. I hate this.” Ugh. I hate it too.

That little comment gave me pause to consider if these kind of price increases are plausible, and as much as I loathe to do this, I have to concede they are within the realm of possibility. I’m not saying it is likely or probable to happen. But it could, and if so, I wouldn’t be shocked.

The thing is, miners and gamers continue to cast votes with their wallets, that much is true. Over on eBay, if sorting completed GeForce RTX 3090 listings by ones that actually sold (i.e., found a willing buyer), they’re typically commanding $2,500 to $3,000, and sometimes even a little higher. The GeForce RTX 3070, meanwhile, is fetching $1,000 and up.

Some of those could be ruined listings, whereby users attempt to strike back at scalpers by winning an auction with no intention of actually paying. But not all of them. That much I feel confident in, because I know and have spoken with people who popped a squat at Best Buy during its recent Founders Edition restock, and then sold their scores at high markups.

The GeForce RTX 4090 commanding $2,999 wouldn’t be unprecedented, either, if putting it into the proper context. Bear in mind that for the current generation, the GeForce RTX 3090 is essentially a Titan card, but branded as a GeForce RTX part. And historically, Titan cards have commanded premium dollars. Here’s a rundown of each one’s launch pricing:

Again, the GeForce RTX 3090 is, technically, not a Titan card. But that’s really only by branding (Nvidia even markets it as offering “Titan class performance” on the card’s product page). It doesn’t replace the GeForce RTX 2090, because that card doesn’t even exist.

Two other things to consider. One, Nvidia has already begun promoting 8K resolution capabilities, and nothing in the 8K arena is cheap. And secondly, Nvidia’s next-gen Ada Lovelace GPU is rumored to top out at 18,432 CUDA cores, meaning the GeForce RTX 4090 could wield almost twice as many CUDA cores as the GeForce RTX 3090 (10,496). Combined with whatever underlying architectural improvements hitch a ride, that would make for one hell of a performance jump.

Here’s hoping AMD (RDNA 3) and Intel (Alchemist) can put enough competitive pressure on Nvidia to avoid the temptation to jack up prices. And also that the chip shortage eases, so that MSRPs will even matter.