Home » In city-builder Dice Legacy, your dice eat, drink, and have sex on a medieval ringworld

In city-builder Dice Legacy, your dice eat, drink, and have sex on a medieval ringworld 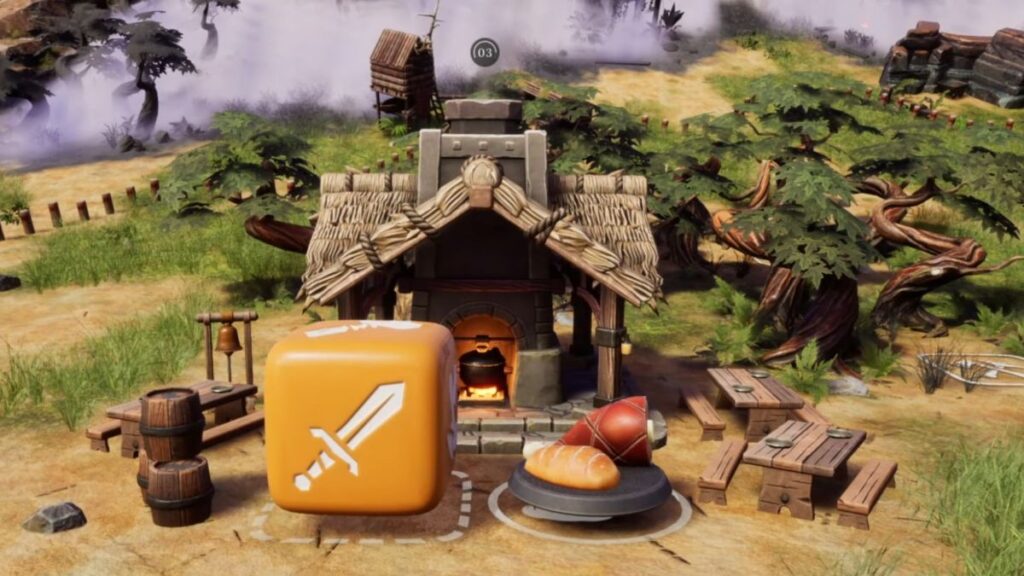 Recently I wrote a little roundup of indie city-builders with interesting twists that had caught my attention. And the one that turned my head the most was Dice Legacy, mainly because it takes place on a medieval ringworld. I’ve seen plenty of sci-fi ringworlds but never an olden times one, with creaky wooden ships and cozy taverns and peasants working in the wheat fields. It’s quite a concept.

Plus, Dice Legacy isn’t just a city-builder, but a survival roguelike city-builder. And it’s all done with dice rolls—but the dice aren’t just dice. The dice are your citizens. They can work. They can fight. They can explore and level up. They can get injured and frozen and die. If that’s tricky to wrap your head around, the new gameplay trailer above should make more sense of it.

Essentially, you begin with a handful of dice, each of which is a citizen (a peasant, to start, though education can change that). Rolling the dice will display what each die-peasant can do: gather wood, mine iron, build something, fight, explore. Each task takes time, and to perform another task the dice will need to be re-rolled. But each roll lowers the durability of each die, so you’ll need to take care not to let them expire, perhaps by letting them rest in the cookhouse with a plate of ham.

Yes, your dice can eat and even drink, such as when you put them in the tavern with a wee mug of ale. If you build a home, you can drop two dice into it and they’ll produce a third. Is this the first game where your dice have sex?

You’ll need to expand your village borders to dispel the fog covering the mysterious ringworld, and your dice aren’t alone here—enemies will try to torch your buildings and steal your resources, so you’ll need to create soldier dice to protect yourself.

Turning peasants into citizens by building a school will let you research and unlock new technology, too. And this ringworld has seasons with harsh winters that can freeze your little dice into cubes of ice. There’s a bit more Frostpunkiness too, because you can build a towering, wood-burning generator to keep your dice warm in winter and you have a council that will pass new laws every season.

It’s a really neat concept and an unusual, attractive looking medieval world, and I’m looking forward to taking those dice for a spin. Dice Legacy is set to release on September 9, 2021.