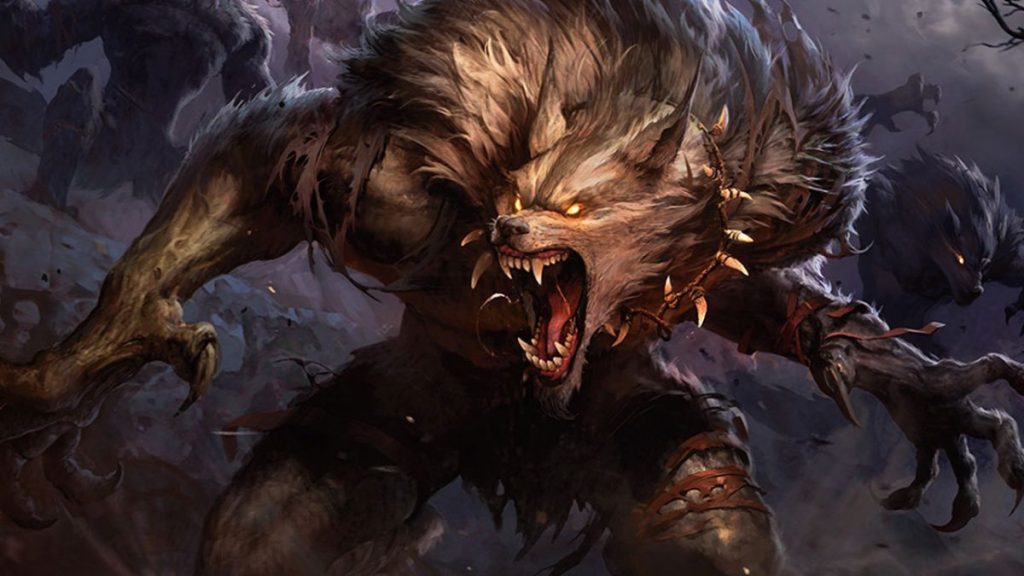 Well ahead of Halloween, spooky stuff has made its way into Magic the Gathering: Arena in the latest expansion, Innistrad: Midnight Hunt. Like previous Innistrad sets, Midnight Hunt delivers a buffet of horror tropes, introducing new cards, keywords, and more to tribes like werewolves, vampires, and spirits. The expansion is out now for MTG: Arena and Magic Online, with a physical release coming September 24.

Midnight Hunt continues the history of Innistrad, which had its first set introduced in 2011. Innistrad is a plane straight out of a Universal monster film or that Hugh Jackman Van Helsing movie. It takes inspiration from gothic horror, especially that which hails from eastern Europe—Castlevania fans should dig it. Midnight Hunt introduces 277 regular cards, which break down to 100 common, 83 uncommon, 64 rare, 20 mythic rare, and 10 basic lands. In addition to focusing on five allied-colored tribes—werewolves, humans, spirits, zombies, and vampires—the set adds a number of keyword abilities that change the way some of those tribes behave.

Werewolves bring back transforming double-faced cards and introduce Daybound and Nightbound. These new keywords govern which transformation your double-faced cards take—if a daybound permanent is played, you’ll need to start tracking whether it’s day or night for the rest of the match. Certain card abilities can cause the match to change from day to night, forcing all transforming cards to flip accordingly.

Many of the transforming werewolf cards have exciting lore implications, such as the Hound Tamer who’s a dog-loving boy by day and one of the pack by night. There’s also the Bird Admirer, an archer who’s dedicated to collecting every bird in Innistrad. When day turns to night, however, she turns into a ravenous werewolf whose favourite treat is literally every bird in Innistrad.

Werewolves aren’t the only double-faced cards in Midnight Hunt, however. Spirits are able to use the Disturb keyword, which lets you cast the back-face of the appropriate cards from your graveyard—like a ghost haunting you from beyond the grave.

Humans receive the new Coven keyword, which gives your cards an effect or ability if three creatures with different powers are in your control. Some of these abilities can be triggered, while others are activated by the player. Midnight Hunt’s lore justifies humans resorting to witchcraft and covens as a way to defend themselves from werewolves and other monsters of the night.

Lastly, zombies now have the Decayed keyword. Creatures with Decayed can’t block and become sacrificed after you attack with them. One decayed creature may not sound too useful, but your opponent will have to decide whether or not to eliminate the zombie before it becomes one piece of a bigger battalion—at which point, you can put your zombie army on the attack and overwhelm the enemy.

Not every card is a terrifying creature of the night. One extremely noteworthy, entirely human card is Rem Karolus, Stalwart Slayer. He’s a legendary human knight who prevents spell damage on you and increases it on your enemy. He also rides some kind of weird pelican pegasus, which—in my humble opinion—is worth it on its own.

Midnight Hunt also sees the return of the Flashback keyword, which gives specific cards a second chance and lets you cast them from your graveyard before once again exiling them.

You can read the entirety of Innistrad: Midnight Hunt’s release notes on the MTG website.