Home » Intel XeSS is Alchemist’s answer to DLSS and FSR, and can work on anyone’s GPU

Intel XeSS is Alchemist’s answer to DLSS and FSR, and can work on anyone’s GPU 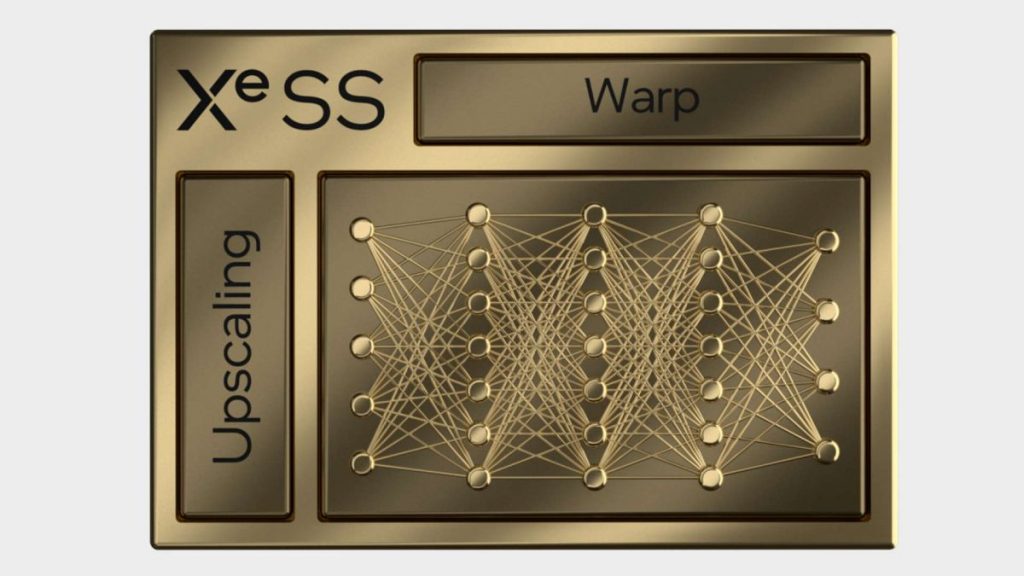 Intel has announced that its upcoming lineup of gaming graphics cards, now known as Intel Alchemist, will support a frame rate boosting technology called Xe Super Sampling (XeSS). That bit you might have known already, thanks to previous leaks, but I bet you didn’t know Intel hopes to offer a 2x performance boost with its AI-powered upscaling technology.

Or that it is interested in bringing this technology to competitor’s cards, too.

Intel says the thought behind the new upscaling technology came from a disdain for traditional upscaling techniques, which it says asked players to make too much of a sacrifice. You either get high frame rates or high resolution, not both.

It’s also probably something to do with Nvidia’s Deep Learning Super Sampling and AMD’s FidelityFX Super Resolution. Intel has a lot of catching up to do to ensure its first gaming graphics card generation, Alchemist, is able to keep up with Nvidia and AMD.

Whatever the reason behind its new feature, however, it says the answer lies within AI-augmented super sampling. XeSS is just that—it’s powered by a deep learning neural network that reconstructs subpixel details from neighbouring pixels and motion-compensated previous frames in order to improve overall clarity without drastically increasing GPU load.

In loose terms, it’s similar to Nvidia’s DLSS in the sense that it uses deep learning to augment the upscaling process. How they go about doing so might be entirely different, but the end result should, in theory, be something similar. That’s higher frame rates with minimal reduction in picture quality.

It’s also doing something similar to the original FidelityFX Super Resolution patent we checked out back in May, where the jitter and pixel shuffle steps look to be doing similar things.

Intel is reporting a potential performance boost of up to 2x with the technology. It has also said it should allow players capped to 1080p and low settings, by their hardware, to run their games at 4K.

In order to do this, XeSS will be powered by dedicated AI acceleration silicon (called XMX or Xe Matrix Extensions) built into Intel’s Alchemist graphics cards and the Xe-HPG architecture.

One important thing to note about XeSS, though, is that Intel says it will offer both a version for Intel’s own Arc-branded graphics cards, accelerated by XMX, and another that will work on both its own integrated GPUs and competitors’ graphics cards.

It expects a slight dip in performance on the latter, as it will be powered by the DP4a instruction, but this could put serious pressure on Nvidia’s DLSS and even AMD’s FSR if done right and widely available in-game.

“We’re enabling XeSS on a broad set of hardware, including our competition,” Intel says. “We accomplished this by using the DP4a instruction, which is available on a wide range of shipping hardware, including Iris Xe integrated and discrete graphics.”

During the event I caught a glimpse of a few slow moving shots of the upscaling technology and it at least looks the part.

That said, it is difficult to make too many assumptions from nearly still frames. In motion, things could look quite different. Similarly, it’s probably important to remember that it took Nvidia until DLSS 2.0 to really nail down its winning formula, and its success has also relied heavily on the game support the green team has managed to muster.

We’ve not heard anything on what games will support XeSS. It may require training on a per-game basis, it may not. It’s hard to say how swiftly it will be adopted in the industry without a few extra details we are so far missing today.

All we’ve heard from Intel is that as XeSS matures, it wants to “open-up XeSS SDK and tools for everyone to implement.” This SDK is going to be available before the end of August, however, so developers should have time with it before the cards eventually release in Q1 2022.

With all that in mind, I’m cautiously optimistic about Intel XeSS. It sure sounds like a competitor to Nvidia DLSS, and in some part looks one, too. Its open-ended support for competitors graphics cards could put Intel onto a winner as well, despite its late entry into the upscaling game. However, seeing it in action will be the true discerning factor here, and we don’t yet know when XeSS will be released.

My hope is XeSS will be ready for Intel Alchemist’s early 2022 launch, but that’s primarily based on my own wishful thinking.