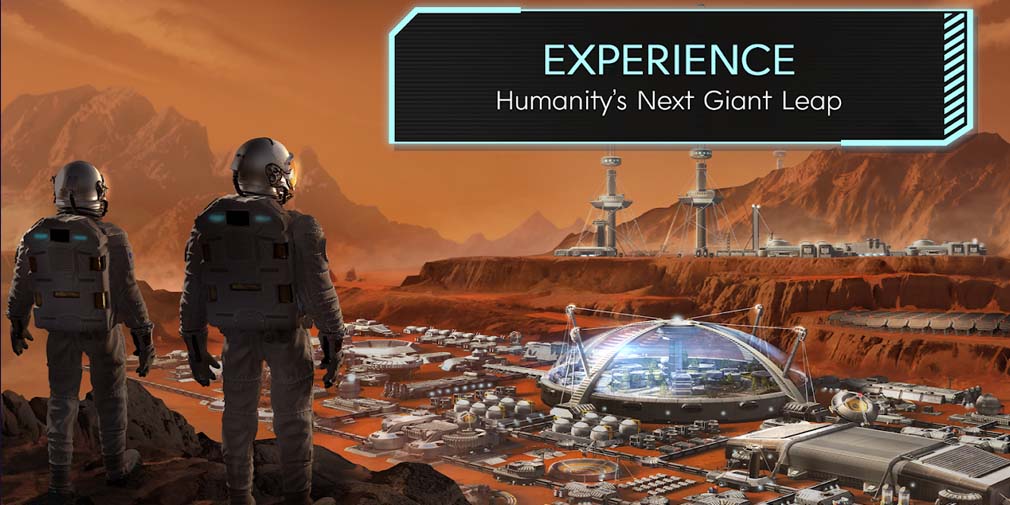 TerraGenesis: Operation Landfall is the second entry in the popular city-building survival game series from solo developer Alexander Winn. It’s always great to see a one-person team succeeds since it can inspire other developers to start their journey.

We recently had a chance to ask Alexander a few questions. Together we discussed the challenges facing a solo developer, the scientific basis behind some of the game’s concepts and why mobile was the right home for the city-building survival sim.

Can you introduce yourself to our readers, please?

The original TerraGenesis was downloaded over 28 million times. Did you expect this kind of interest in your game? And did its success change the way you approached updates?

It’s traditional for successful indie devs to say, “I had no idea! Wow! This is so surprising!” But honestly, yeah, I absolutely expected TerraGenesis to be big, and it’s for one specific reason: because I’ve wanted to play it myself for YEARS. I firmly believe that there is a huge, largely untapped market for scientifically accurate games that allow players to explore not some generic sci-fi galaxy, but the actual universe as it actually exists. That was the driving force behind TerraGenesis, and I never thought for a moment that I would be the only person interested in such a thing.

What challenges did you face when developing the sequel, TerraGenesis: Operation Landfall? And did the success of the original impact how you approached it?

The biggest challenge for Landfall was the significantly higher graphical component. TerraGenesis gave you beautiful views of your planet, but otherwise, it was almost entirely text-based. With Landfall, I needed to render entire cities based on player action. As someone who started in apps (rather than games) and hasn’t had much 3D graphics experience, that was a very daunting challenge!

The scientific concepts in TerraGenesis are based on findings by NASA. Why did you decide to go down this route? For example, was it personal interest, or did you want your game to be as believable as possible?

I love science fiction, but I’ve always been frustrated by the tendency to create entirely fictional galaxies when the real universe is RIGHT THERE. We can all name a movie or two set on Mars, but what about Venus? Mercury? Jupiter? Saturn? How is it possible that all these beautiful, dramatic, perilous, exotic, unique, amazing environments exist, and NO ONE is letting their audience explore them?

For me, the real challenges of terraforming were the whole appeal of TerraGenesis. Why play with some generic red rock, when you could play with Mars? The real thing will always be more interesting than whatever I could come up with, plus the information is all right there without any effort from me. It really was the perfect win-win!

You are a one-person development team. Can you tell us about how working solo benefits and, if at all, hinders your work?

The benefit of being a solo dev is that you can work at your own pace, and do everything exactly how you want it done so you never need to worry about code from one part of the game conflicting with code elsewhere. It’s truly amazing how much time gets spent on larger teams just staying synced up and organised, and you don’t have to spend ANY of that time when you’re working alone.

Of course, the downside is that you only know what you know. There are tutorials and code samples online, of course, but you rapidly learn just where your own insufficiencies are. For example, my background is in apps rather than games, so I’ve had a steep learning curve around getting the graphics and environment to work properly.

Is there any particular reason why you chose mobile as the platform for TerraGenesis rather than PC or console?

I was a mobile developer for a while before I started TerraGenesis. In fact, it was my 25th app on the iOS App Store! When it took off, I had to rebuild it in Unity so I could bring it to Android, so it was a mobile game from Day 1.

What can fans of your games expect in the near or distant future?

I’m always cooking up new ideas! Right now we’re focusing on some under-the-hood improvements to Landfall, the kind of thing that benefits everyone but excites no one, but in the future, I’ve got a ton of ideas that I can’t wait to bring to the players!