Into The Breach: Advanced Edition adds new mechs, missions and enemies next month 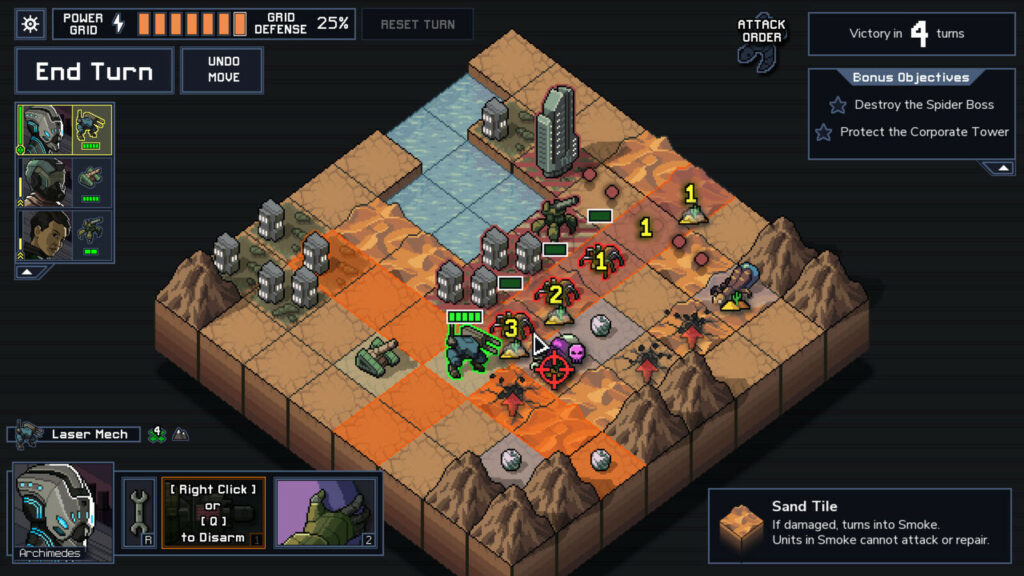 Into The Breach was our second favourite game of 2018 and remains the best strategy game ever made. So it’s exciting news that Into The Breach: Advanced Edition is coming next month with new mechs, weapons and enemies to shove around in a free update.

Into The Breach is a turn-based strategy game about wielding mechs to defend Earth from insectoid alien invaders. What makes it compelling is that you get clear warning of any move the enemy is about to make, giving you the opportunity to do something about it. Big mollusc about to knock a skyscraper over? Use a robot to shove it aside so it misses and pushes its own big beetle pal instead.

The Advanced Edition adds more of everything. There are five new mech squads to command, nearly forty new weapons to fire, as well as more enemies, bosses, and missions to offer extra challenge to those players who have already unlocked everything in the original.

This new addition was developed, I’d guess, because the game is also coming to mobile via Netflix subscriptions, and we’re getting the extras back-ported to PC. You can read a handful of extra details on the Into The Breach site.

Into The Breach: Advanced Edition will launch as a free update on July 19th.