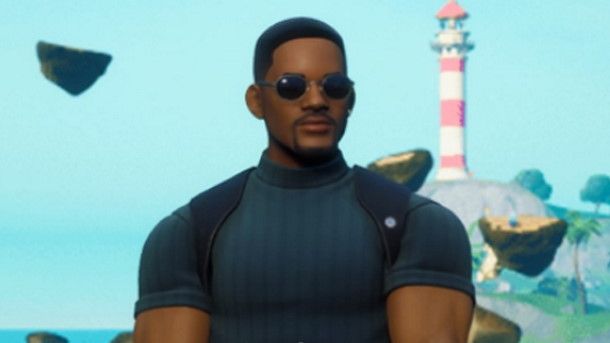 It looks like notorious bad boy Will Smith is coming to Fortnite. Hypex, who has previously dug up data on skins including Lebron James and Ariana Grande, as well as the Fortnite Winter Trials and Daybreak PvE mode, says that he and collaborator @NotOfficer have discovered a new skin based on the famed actor, along with a “Bim Bam Toi” emote.

UPCOMING “Will Smith” SKIN! (Huge thanks to @Not0fficer for helping with this) pic.twitter.com/NbFMoBpYpwAugust 17, 2021

And here’s the skin, but dancing:

UPCOMING “Bim Bam toi” French Emote by Carla! (thanks to @Not0fficer for the help again)Muted the rest because the song is copyrighted! pic.twitter.com/OH3XaXLscyAugust 17, 2021

Bim Bam Toi, by the way, is a song by French singer Carla that served as France’s entry in the Junior Eurovision song contest in 2019. It finished fifth but went viral on Tiktok in December 2019 and topped the Spotify Top 50 Viral chart in France.

There’s no word on when the new skin will arrive in Fortnite, but we can say with a good degree of confidence that this is Will Smith a la Bad Boys: Our apparent in-house expert Jorge Jimenez presented this image from the 1995 Michael Bay flick for comparison purposes with what in hindsight was a quickness that can only be described as alarming:

As for why exactly Will Smith is joining the Fortnite lineup, it’s not entirely clear. Some crossovers, like the recent appearance of Idris Elba or the Fortnite Free Guy challenges, are obvious promotional efforts, but others are more opaque. Gamora, of Guardians of the Galaxy fame, recently joined the lineup, for instance, even though (as far as I know) the Guardians are currently in between things.

At this point, though, these kind of crossovers have almost taken on a life of their own: In the last month alone, we’ve seen Batman, Superman, an officially licensed Ferrari, Lady Gaga, Naruto, and Fortnite world champion Kyle “Bugha” Giersdorf, among others. It’s a whole lot of everything—I guess that’s why they call it a metaverse.