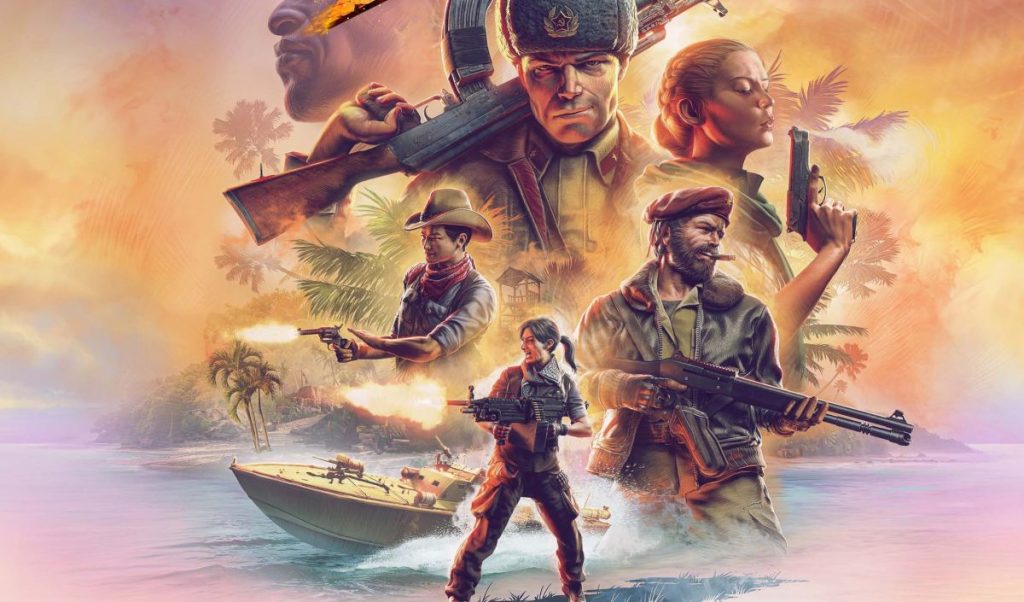 The original Jagged Alliance was a vintage 1990s turn-based tactics game about putting together a dream team of mercenaries from a catalogue like you were browsing Amazon for killers. Each of the 60 chatty mercs had a history, and while they’d all help you take back the island of Metavira sector by sector, they didn’t all get along. Rivalries flared up, some demanded raises, quit if you fired their friends, or ignored orders if you didn’t let them finish off an enemy. Managing their fickle personalities was as important as budgeting your action points.

Now the series is in the hands of Haemimont Games, the Bulgarian studio responsible for Tropico 3, 4, and 5 as well as Surviving Mars and Victor Vran. Haemimont will apparently “finally create a true successor to the beloved series”. Dare we get our hopes up?

According to the press release, “Jagged Alliance 3 will combine tactically deep, turn-based combat with exploration of a large game world with strategic elements including gaining control over territories, training local forces, and establishing multiple squads chosen from beloved mercenaries – all well known to fans of the series.” Sounds good so far, as does a mention of “looting and customizing your arsenal of weaponry”, which was part of the appeal of the originals. It’ll have co-op multiplayer too.

The trailer features some familiar faces, mercenaries Vicki Waters, Ivan Dolvich, and “bomb guy” Fidel Dahan, who are once again shooting up a fictional country. This time it’s Grand Chien, “a land thrown into chaos after a brutal paramilitary force known as ‘the Legion’ took over.”

The gameplay seems like a mix of the slick modernity of Firaxis XCOM with Jagged Alliance detail—characters spending action points and targeting individual body parts. Fidel uses a “signature ability” that lets him throw two grenades at once, which seems pretty in-character, and the catalogue of mercs includes more old hands like Tex, Igor, Wolf, Hitman, Red, Steroid, MD, and Buns.

I’ve still got questions about which features of the earlier games will be present. Can you go prone? Can you mix your own molotov cocktails? Can you use grenades to open doors if you can’t be bothered picking the lock? They’re not all essential, but they’d be nice. I want to believe the series can be great again, but I’ve been burned before.