League of Legends is throwing a virtual heavy metal concert 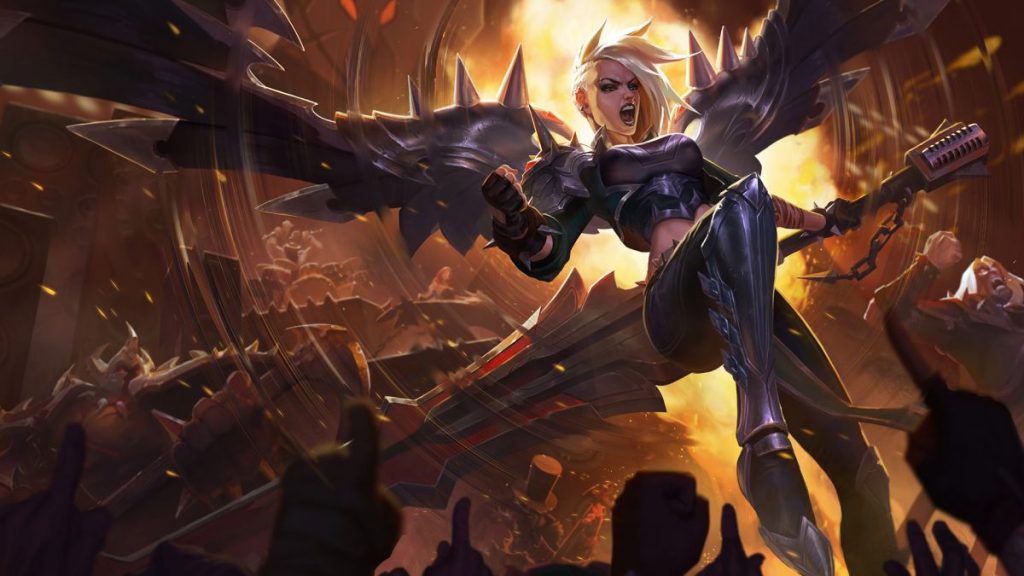 League of Legends is holding a virtual heavy metal concert with one of its in-game bands.

Pentakill was one of Riot’s first forays into League’s musical universe back in 2014: a heavy metal band with all the members being in-game characters. With big names from the likes of Nine Inch Nails and Dragonforce behind them, Pentakill gained a fair bit of traction when their debut EP Smile and Ignite topped the iTunes metal charts. 2017 saw the release of the full album Grasp of the Undying, which also did pretty damn well.

Bar a small teaser for another album in 2019, it’s been fairly quiet for Pentakill since then. Riot’s been exploring the world of hip-hop and K-Pop with True Damage and the insanely popular K/DA, but it looks to be ready to dive back into some heavy riffs and deafening drums. Last week saw yet another teaser for the third album drop on Twitter, and now the announcement of a virtual gig alongside it.

The whole thing’s being touted as a “virtual experience,” with attendees able to chat with other gig-goers and make choices that may influence the direction the concert will take. It’ll be around an hour long with a half-hour preshow, taking players through the entire album.

While Riot isn’t exactly a stranger to plonking their virtual bands in live performances—both K/DA and True Damage have performed at the Worlds final opening ceremony—this is the first time it’s done a full-blown dedicated concert. It’ll be interesting to compare it to Fortnite’s numerous in-game performances, especially with Epic raking in big names like Ariana Grande and Travis Scott.

The Pentakill: Lost Chapter virtual concert is happening on September 8 at 1 PM PT / 4 PM ET / 9 PM BST. You can catch the interactive version over on wave.watch, or watch a livestream on YouTube or Twitch.