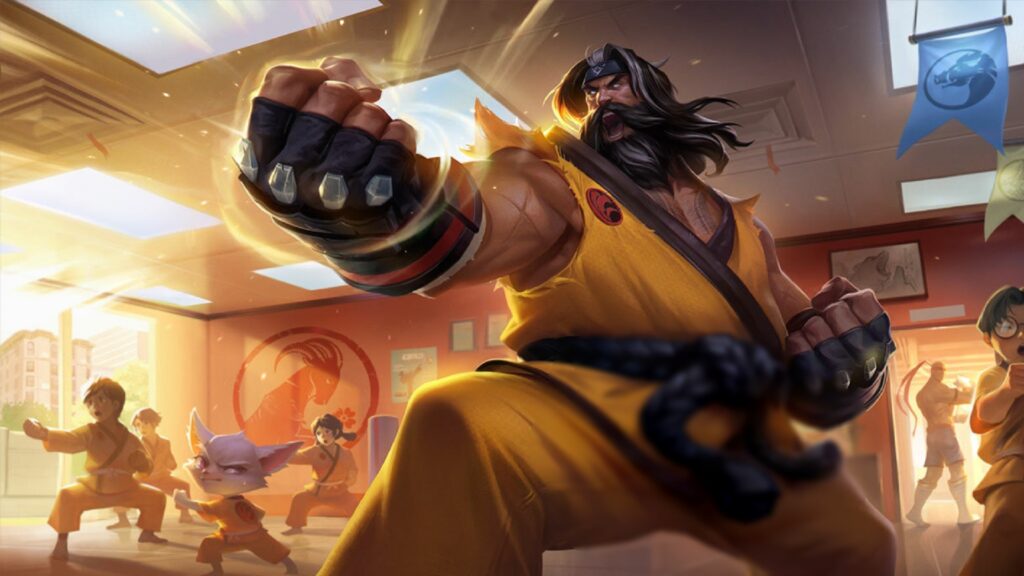 League of Legends Udyr skins have been the talk of the town recently, with the champion getting a rework that updated his whole aesthetic. It wasn’t until Lil Nas X took over as the MOBA’s new president, however, that a new angle on the Spirit Walker came to light; a pixelated, naked brawler affectionately named Nudyr.

During the video introduction for the new president of League of Legends, Lil Nas Xecutive, it’s shown that one of the first demands from the new boss is a new skin for Udyr: “Bill, look. You’re not understanding me, I said Nudyr; like Udyr but in the nude. Just put some pixel-blur over his junk and it’ll be the best-selling skin of all time.”

It appears as though Reddit and Twitter both went into overdrive once the seed of a naked League of Legends champion was planted. Cries from fans to implement the skin in-game were partially met by Riot devs:

There’s absolutely no doubt that this skin would do numbers if actually released – Nudyr would have to be banned in pro-play, however, as an OP skin would give too much of an advantage. Imagine a naked, muscle-bound, bearded warrior appearing from the bushes to gank your lane. Doesn’t even bear (pun entirely indented) thinking about.

For more, ahem, safe for work skins, there are a bunch of League of Legends Fright Night skins being released for Halloween. If this Nudyr even became a reality, how much would it cost? Can you put a price on this kind of art? Just in case, it might be worth checking out how much you’ve spent in League of Legends so far, y’know, just in case a future purchase is on your mind.