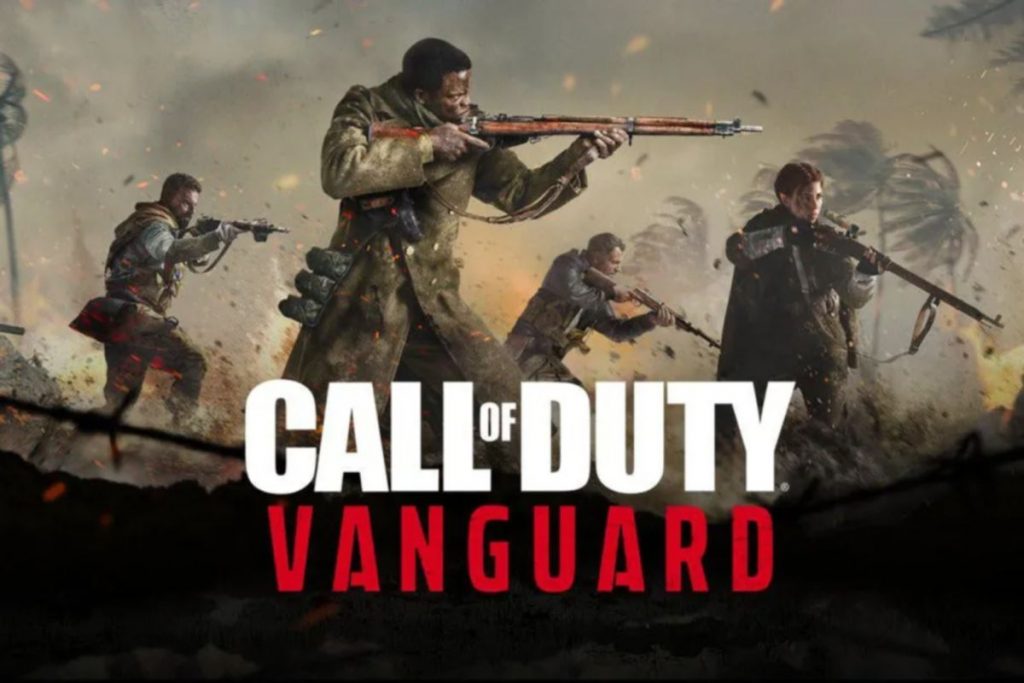 Leaked images accessed via datamining of the latest Call of Duty: Black Ops Cold War update have given us our first real look at 2021’s Call of Duty: Vanguard, the Sledgehammer Games-developed game that leaked in name only earlier this year. The new images support the rumor that Vanguard will take place during or near World War 2.

The images are labeled with three different editions of Vanguard: a Standard Edition, an Ultimate Edition, and a Cross-Gen bundle. The images leaked onto Twitter late last night, and Activision has actively taking those images down using DMCA requests. An image also purporting to show characters, operator skins, and weapons for Warzone has also leaked.

The leaked images show a squad of four soldiers, all irregularly equipped, fighting in an environment with palm trees. There are a lot of explosions in the background. The foremost soldier looks is holding what looks like a British Lee Enfield rifle. To the right, a soldier in what appears to be a Soviet uniform is holding what is almost surely a Soviet Mosin M1891/30 rifle with a scope.

Two other soldiers are shown in the background of one image, both are distinctly equipped. Their weapons aren’t clear, but one seems to be wearing a uniform and pouches reminiscent of a British Commonwealth New Zealand or Australian soldier. The other is wearing what could be a black or brown leather jacket.

According the leaked menu image, these soldiers might be Polina, the sniper, Lucas, perhaps the New Zealander, and Wade—probably the leather jacket-wearing guy. They’re shown using a mix of modern and World War 2 weapons. There’s also a really, really goofy looking skin for what looks like the soviet PPSH submachine gun but it has a red dot sight on it.

We’ll keep our eye out for more Call of Duty: Vanguard leaks in the coming days.