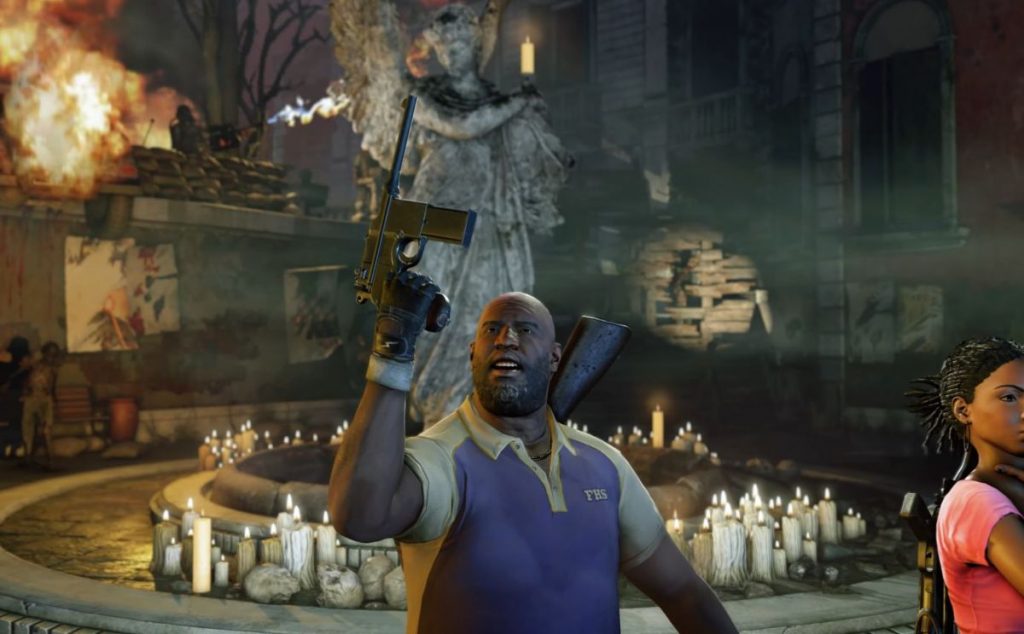 They don’t come with character voices unfortunately, so you won’t be able to hear Ellis ramble his good-old-boy stories as you blast Nazi zombies, but it’s a fun freebie nonetheless. Zombie Army 4 also has some paid DLC out this month, like Return to Hell, the conclusion of a story that’s played out across previous episodic DLC. As the name suggests, it sends you to Hell, where you’ll face enemies including some real creepy mannequins.

There’s also some new packs adding Van Helsing Weapon Skins, a Flare Gun Weapon Bundle, the Horror Charm Pack 2, and Horror Headgear if you really want to wear a sack or dollface mask while shooting zombies in Hell. All of the above is also bundled together in Season Pass Three.