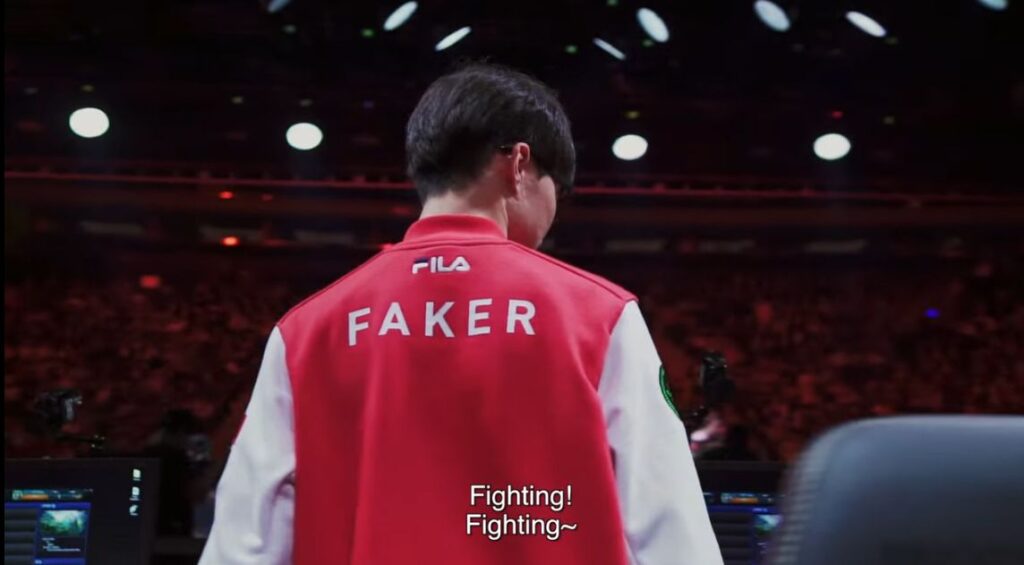 The League of Legends megastar Lee ‘Faker’ Sang-hyeok and his team T1 have launched suit against a small group of individuals who repeatedly engaged in online harassment directed at the player. The lawsuit was filed on July 19 in South Korea (thanks, Invenglobal (opens in new tab)) against “the John Does that have continuously and repeatedly harassed Lee ‘Faker’ Sang-hyeok online”.

The team’s lawyers are Park Ji-won and Noh You-hyeon, from the firm APEX Law, who spoke to Korean press after filing the complaint. “We are filing criminal lawsuits only towards those that repeatedly and habitually left such malicious comments, as [Faker] felt that these individuals need to be severely sanctioned. As such, there will be no plea nor favorable arrangement deals.”

Asked to clarify exactly what might constitute such behaviour, the lawyers said being too specific may reveal the identities of those that are the subject of the suit. “To give examples, they were slanders targeted towards Faker’s mother and drawings that would be considered unspeakably foul.”

T1’s representatives emphasised that Faker “believes that objective assessments of a player’s performance and career from the fans are something that a pro player has to bear. However, unjustified criticism and personal attacks isn’t something to be accepted.”

T1 has an enormously successful record in League of Legends, and its prominence within the scene has led to flashpoints with fans before, leading to several historical public statements against harassment of players. But recently the atmosphere seems to have changed from tolerance and pleas for better behaviour into fighting back. Earlier this year, it filed suit on behalf of coach Kim ‘Moment’ Ji-hwan after he’d received verbal abuse from fans.

The organisation is also operating in the wider context of Korean esports where, the day before this action was launched, the team KT Rolster issued a statement condemning threats made to its players and staff, which included several being sent a photograph of a weapon.

T1 CEO Joe Marsh said this incident shows the “fine line between fandom and fanatical [and] this crosses the line.”

There is no place for this type of behavior in our sport. There is a fine line between fandom and fanatical – this crosses the line. This behavior should not be normalized. No team should have to deal with this. I hope everyone at KT stays safe and finds the person responsible. https://t.co/OMM4f3YrIBJuly 18, 2022

T1’s lawsuit says it hopes through such actions—and it says this won’t be the only one—it can eventually help “create a healthy and a mature esports culture.”

The team’s lawyers won’t specify exactly how many individuals are named in the suit, beyond “it’s a small group”, and that “a few” of the accused had previously been warned to stop commenting in this manner.

The relevant Korean law here is the Insult Law, and if found guilty an offender would typically face a fine of between 1,000,000 to 2,000,000 Won (roughly $760 to $1,520). It does have a provision for jail time in the event of more serious offences, however, and T1’s legal team say that “because these individuals have been very malicious and continuously insulted Faker, we believe that the sentencing will be much harsher than a simple 1-2 million KRW fine.”

Finally the lawyers add that, in some cases, the individuals and communities they’ve contacted have been cooperative with regards to anti-Faker posts, which is to say removed them, “so we’re not concerned in that regard.”

The wind is changing in the wider industry with regards to stuff like this, not just esports. Yesterday we reported on how Bungie brought a multimillion lawsuit (opens in new tab) against a persistent pest that threatened its employees. It feels like such actions are the vanguard of a new normal, one where games industry professionals are no longer expected to tolerate the extreme abuse that online communities can generate.

What is abuse and what is just criticism will be an endless argument. But the line has to be drawn, and if necessary re-drawn, to keep up with the ever-changing nature of online behaviour. Surely we can all agree, though, that anyone who slags off someone’s mum deserves everything they get.