Looks like there’s a simple way to expand Xbox Series X|S storage with a PCIe 4.0 SSD 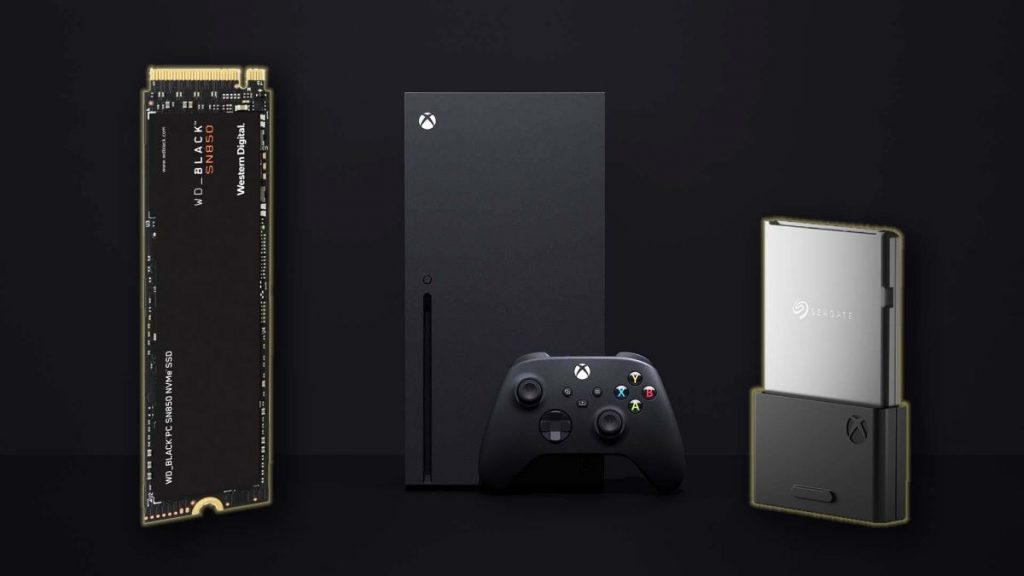 An enterprising modder has figured out a way to plug a standard NVMe SSD into the Xbox Series X|S storage expansion slot—not only increasing the console’s storage capacity, but potentially opening it up to further unofficial expansion with NVMe SSDs, such as those found in a modern gaming PC.

The Xbox Series X|S comes with a 1TB internal drive as standard. That might sound plentiful, but as we well know games are becoming real mighty storage hogs. So, to counter growing file sizes, the latest Xbox offers expandable storage through the use of an officially certified Seagate expansion drive.

That’s the only guaranteed way to expand your Xbox Series S|X storage without issue, but we’re now hearing there could be an unofficial option that utilises more standard NVMe SSDs instead.

Spotted by VGC, user Huashan Lunjian on Bilibili has outlined a how-to guide on expanding the Xbox Series X|S storage using just a modern NVMe SSD and a CFexpress (CFe) to NVMe adapter.

They explain the switcheroo like this: the Xbox Series X|S utilises two PCIe 4.0 x2 connections for storage, one for the internal drive and another for the expansion slot. That’s the same standard used by the latest gaming PCs to connect NVMe SSDs and add-in cards, such as a graphics card, to a system’s CPU and memory.

Further to that, both Xbox and PC use the NVMe protocol for rapid storage access, attached via PCIe.

So you’ve actually got uniformity in the protocols used between Xbox and PC for storage in NVMe and PCIe. That’s not particularly surprising because the Xbox Series S|X consoles are essentially just compact AMD-powered PCs.

In theory, then, all that is required to get an NVMe SSD built for a PC working with an Xbox Series S|X is converting its M.2 key connection to the CFe connection used by both the Xbox and Seagate official expansion drives.

The CFe connection is most often found on high-end camera storage and uses NVMe protocols over PCIe lanes for high bandwidths. The latest CFe specification maxes out at PCIe Gen3 x4, for a max speed of 4GB/s, which is actually a little different from the Xbox Series S|X, but that doesn’t appear to be much of an issue as they offer equal bandwidth.

M.2 to CFe adapters are fairly easy to find on Ebay or Aliexpress, although you’ll have to purchase at your own risk as we’ve not tested any ourselves. These all feature an M.2 keyed slot, with screw support for various sizes of M.2 (ensure you choose the right one), that extends into a CFe slot, such as that found on the official Seagate drive.

With an NVMe SSD loaded into the adapter, and installed in the console’s storage expansion slot, it is possible to locate the drive and access the extra capacity within the console’s settings menu.

Though some question marks remain, such as whether a wide-range of SSDs are supported and which will actually work via an adapter.

The author of the guide notes that they have so far only tested the process with the same Western Digital NVMe SSD found within the Xbox Series X|S, the WD SN530 M.2 2230. That’s quite a small NVMe drive by PC’s standards, and is actually physically limited by its size as to what capacity it can offer. Larger drives, such as those more commonly found in gaming PCs, may be able to deliver greater capacities, but so far they’re largely untested.

At least one camera CFe storage card has been proven not to work with the system, but that doesn’t rule out other NVMe SSDs. Similarly, who’s to say Microsoft won’t take great offence to this workaround and patch out the functionality.

As the user notes: “it should be a necessary condition for the hard disk to support PCIe 4.0. It is not clear whether there is a limit on the size of the hard disk, and whether PCIe 4.0 x4 is possible. If possible, a large number of hard disks such as PM9A1 can be used.”

In the end you’ve got to weigh up the price of an NVMe SSD and a CFe adapter combined, and judge whether that’s offering you more than buying the simplicity of the official $200 Seagate expansion card.

It’s a little riskier, to say the least, but if you are able to expand your console’s internal storage with one of the best PCIe 4.0 SSDs in a much higher capacity that what’s available officially that might just free up some storage concerns for all you digital game hoarders out there.