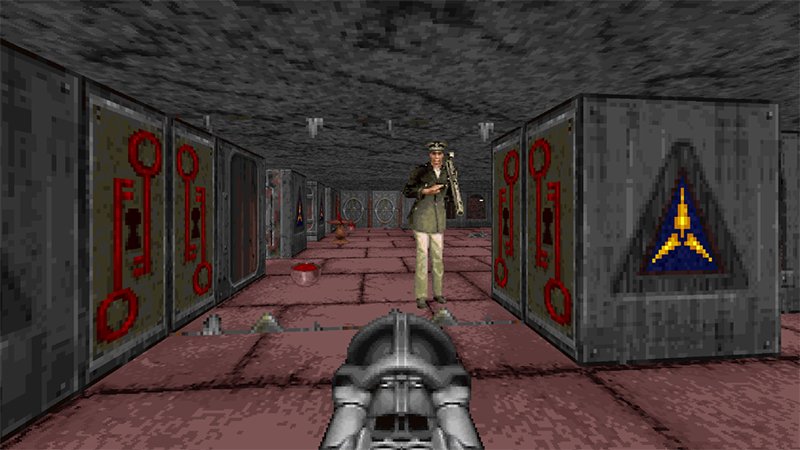 Rise of the Triad wasn’t as popular as Doom, Wolfenstein 3D, or Duke Nukem 3D, but it’s still one of the shooters from that era that gained a cult following. New Blood Interactive, Nightdive Studios, and Apogee Entertainment are all aiming to mine that nostalgia with Rise of the Triad: Ludicrous Edition, a remaster of that 1995 title. It’ll feature a host of improvements and release on PlayStation 4, PlayStation 5, Xbox Series X|S, Xbox One, Nintendo Switch, and PC in early 2023 for $19.99.

The upgrade will run at 60 frames per second (at least) at 4K with an increased field of view, cloud saves, and achievement and trophy support. The user interface has also been updated to look cleaner and more modern, but the sprites and textures will be the same.

There will also be some more substantial gameplay-oriented changes, as well. Aside from the base campaign, Extreme and Return of the Triad add-ons, and a suite of online multiplayer modes, Ludicrous Edition will have some content that was originally cut from the game, a robust level editor for PC players, and brand-new levels created by the original designers.

Limited Run Games is even releasing a physical version of the title and a collector’s edition. However, details on those will come at a later date.

While Apogee — the team that developed the original during its 3D Realms days — is overseeing and publishing the game, Nightdive Studios is the studio behind the porting. Its KEX Engine has become popular in rereleases like this, as it has been part of the modern ports of System Shock, Turok: Dinosaur Hunter, Turok 2: Seeds of Evil, Forsaken, Doom 64, Quake, PowerSlave: Exhumed, Blade Runner: Enhanced Edition, and more.