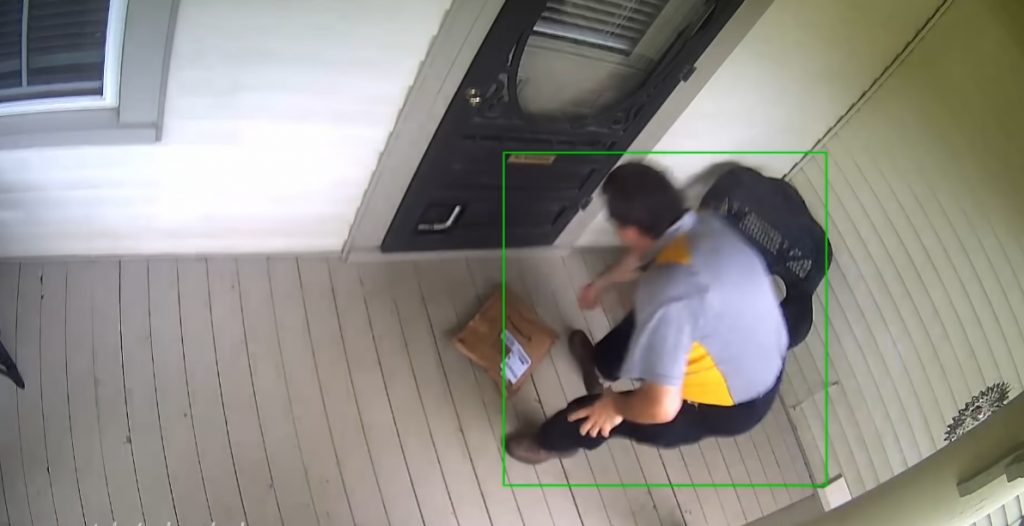 There’s no feeling worse than watching your packages getting lifted with nothing you can do to stop the porch pirates. After recently having a package stolen, Youtuber Ryder Calm Down built himself his own anti-package pilfer alarm system using AI, flour, and a truck horn. It looks like something out of Evil Genius 2, minus the fatal spike trap.

The setup is simple enough: a camera watches the front porch in real-time, using a custom model TensorFlow (a machine learning platform) to recognize when a package is there. Then it arms itself. If the package is removed by an unauthorized person, like a box bandit, an alarm starts blaring, the sprinkling system is activated, and a blast of flour is fired in the general direction of the culprit.

This month-long project involved teaching the AI to identify loads of differently sized packages so it wouldn’t confuse any boxes with, say, a stray cat. Ryder also trained the AI to identify his face as a ‘known person’ and basically uses a whitelist to disarm the alert system. When an ‘unknown person’ removes the package, all hell breaks loose.

Ryder is no stranger to creative Raspberry Pi projects which is a good reminder of all the cool things you can do with a Pi than just run emulators. He’s previously made a dog detector that goes off whenever a dog walks in front of your house and a secret door that opens using a piano like in the Batman movies.

Ryder says that the system is meant to deter any would-be terrace thief by making a whole lot of commotion. Yeah, there’s nothing actually stopping a person from running off with your Amazon package once the alarms blare; the idea is the sirens should be enough to rattle them into leaving the score behind. Though I do get a sick satisfaction from watching videos of someone getting hit with a glitter bomb and fart spray when they open their ill-gotten goods at home, I guess this works too.

You can find the code to build your own AI-powered package theft prevention device right here. Thanks, Tom’s Hardware!