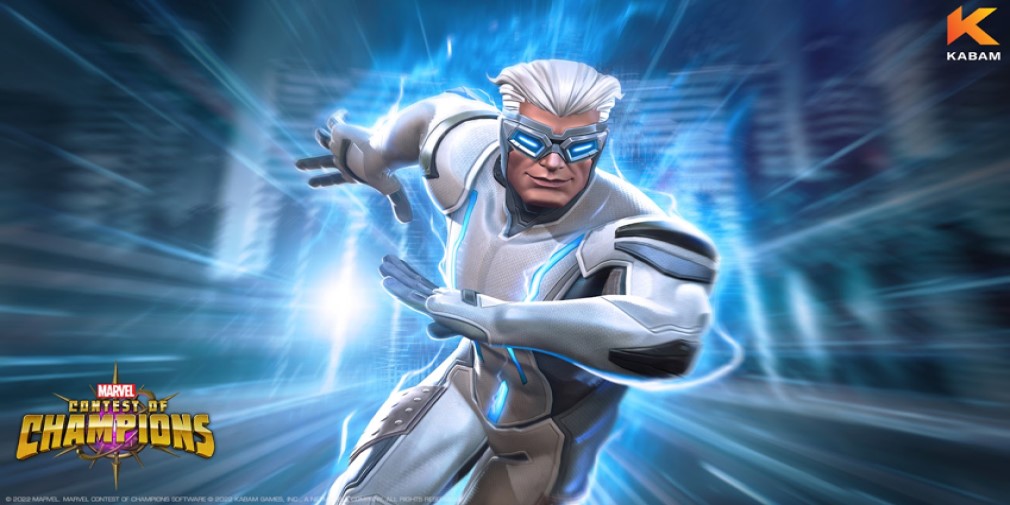 Kabam has just released a new update for its mobile superhero game Marvel Contest of Champions. Version 36.1 features the winner of the Summoner’s Choice Champion – Quicksilver, who is accompanied by Galan, the predecessor to Galactus. The latest champion reveal trailer, Worldheart, gives players a good look at the two new characters alongside the story that will soon unravel.

Worldheart on Marvel Contest of Champions begins with Odin having The Summoner recover the Cosmic Seed, which is an extremely powerful relic that can recreate the Worldtree in the Battlerealm. This journey takes The Summoner to the Quantumrealm where he encounters Quicksilver fighting The Silver Surfer. While the battle broke, the Surfer escapes to go and confront Galan. What follows can only be experienced in the Battlerealm.

Let’s go over the characters being introduced in this update. Quicksilver or Pietro Maximoff was abducted by the High Evolutionary with his better-known sister, the Scarlet Witch, and they underwent multiple immoral tests which gave them superpowers. Pietro was left with super speed which he decided to use for good by becoming a hero to those in need. He joins the squad on August 25th.

Next is Galan, who is from a universe before ours. When his world was ending, Galan fused with the sentience of a newborn universe, ultimately becoming the infamous Galactus, the devourer of worlds. His hunger led him to feed on planets, which killed billions of people. Galan felt immense guilt because of his acts and decided to give it all up by opening his own Plant Nursery in the Quantum Fields of the Battlerealm. The devourer arrives on August 11th.

Additionally, She-Hulk will join the game as well to celebrate the launch of her TV show coming to Disney+ on August 17th.

Download Marvel Contest of Champions now by clicking one of the links below.

Also, check out this list of the best superhero games to play on mobile!