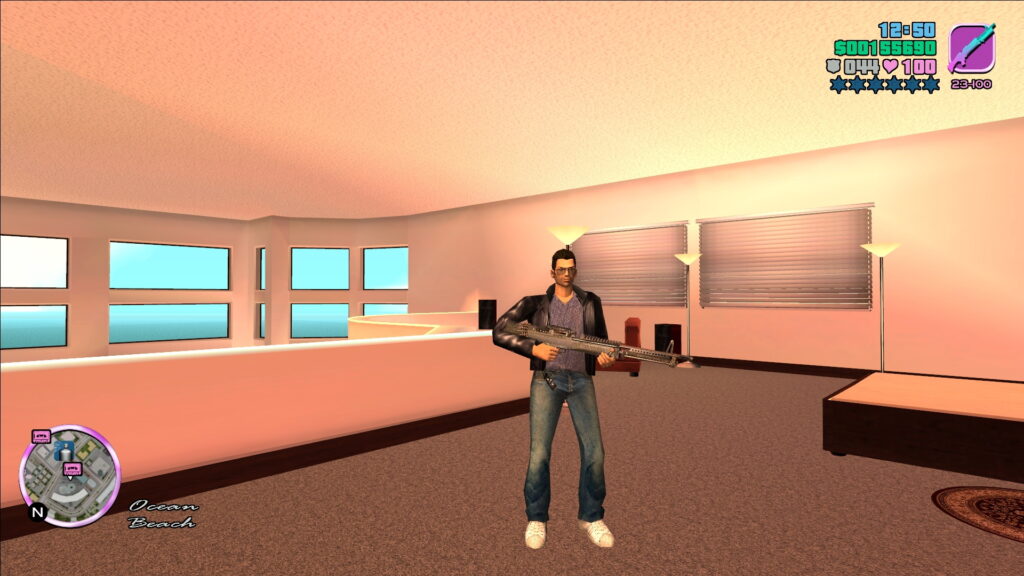 Maybe you think you know everything there is to know about Vice City, but an expansive new GTA Vice City mod says think again. Grand Theft Auto Vice City – Extended Features includes several rounds of additions to the 20-year-old game, everything ranging from a new hovercraft to a jet-ski and associated minigames, new police missions, extra vehicles, newspaper missions a la GTA 4, and a Ferris Wheel. It’s essentially Vice City 2, if such a thing were to ever exist. Modder bibidibabidibu seemingly thought of everything, even down to making sure Tommy wears a safety helmet while on a racing bike.

Some of the features, including the safehouses and a handful of vehicles, minus the hovercraft, come from existing mods, but bibidibabidibu said the CLEO script – the special language players use to mod GTA 3, San Andreas, and Vice City – are their own.

The Vice City mod has gone through several iterations up to now, each with a different focus. Version two, for example, focused on adding weapons, some of which were from other games in the series, including the Desert Eagle.

It also added new safehouses, building interiors, and even two brand-new gangs. The first version really brought Vice City forward, though, with a host of changes to pedestrian behavior, from the major – taking photos and using mobile phones, for example – to the more ambient oriented, like the ability to eat hot dogs.

There’s simply a metric ton of extras and things to do in bibidibabidibu’s vision of Vice City, more than enough to make up for the rather disappointing remasters Rockstar released in 2021. If nothing else, it’ll take up a bit of time while we wait for Grand Theft Auto 6 – or at least a trailer.

Recent leaks show the long-awaited sequel is finally starting to take shape, which is promising, especially considering the studio reportedly pulled resources from other projects, including the Red Dead remake, to get GTA 6 out the door.