‘Maybe’ Nvidia will release a GeForce GPU that’s faster than the RTX 3090 this year, leaks suggest 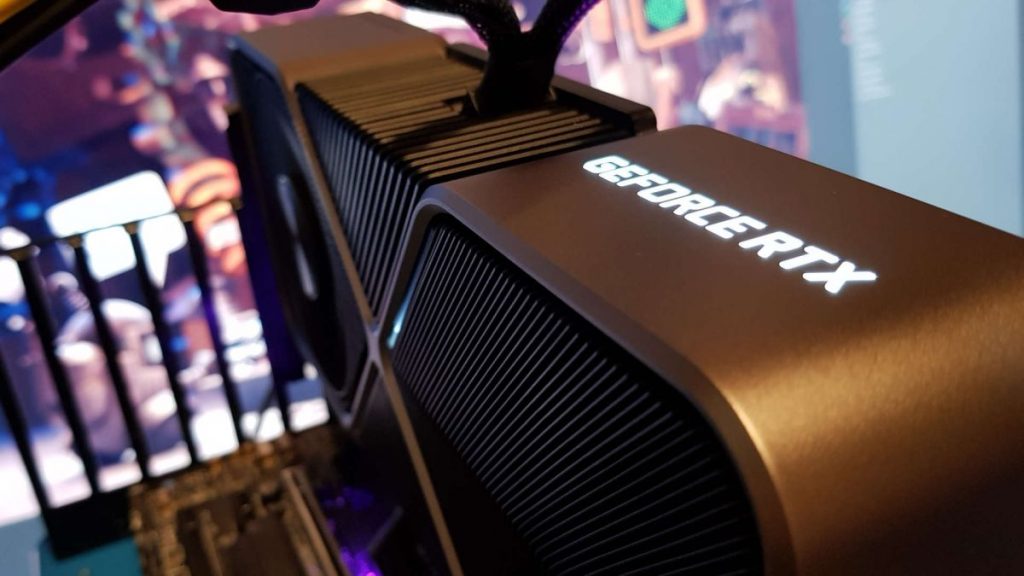 Nvidia could be eyeing up an even more monster graphics card than its top GeForce card to date, the GeForce RTX 3090. According to recent tweets from leakers, the green team may be considering an RTX 3090 Super with a maximum number of cores and running at the maximum memory speed.

The first rumblings of such a card come from Kopite7kimi and Greymon55, within a day of each other. They both report similar findings, too, although Kopite7kimi offers a little more detail on what “maybe” on the way.

With 10,752 CUDA Cores reported, the RTX 3090 Super would only net a small 2.4% increase in core count over the RTX 3090. That is, however, at the limit of the GA102 GPU, the full 84 SM configuration of which is only currently found in the Nvidia A40 and RTX A6000 enterprise and datacentre graphics cards.

In theory, Nvidia will already have this GPU in fairly high production over at Samsung, its foundry partner for the Ampere generation, and that means it may have some it’s willing to share with the GeForce line for a higher mark-up. And at around a year after launch you’d hope GA102 chip yields would be strong enough that full GPUs are more common now, too.

Interestingly, though, Kopite7kimi reports that the RTX 3090 Super will not feature Nvidia’s multi-GPU interface, NVLink. The multi-GPU connector was previously found only on the RTX 3090 of all the RTX 30-series graphics cards, with the reasoning being that, as a compute-specific interconnect as opposed to the old gaming-focused SLI bridge, the RTX 3090 was being aimed more at the creative professionals than the gaming brigade.

Though, if Nvidia’s now ditching NVLink from the GeForce range entirely, maybe the puported RTX 3090 Super is purely an ultra-enthusiast offering. Or maybe even creative professionals who’d dropped $1,500 on a new GPU couldn’t bring themself to buy two.

At this point, you might be wondering whether the RTX 3090 Super is bringing to the table by way of improvements. That’s reportedly all happening over in the VRAM department.

Specifically, improvements in memory speed. Existing GDDR6X graphics cards (high-end RTX 30-series cards) run at 19.5 Gbps, while the RTX 3090 Super is rumoured to utilise the full 21 Gbps that the memory chip maker, Micron, rates its GDDR6X memory modules up to.

In gaming terms, 1TB/s memory bandwidth is a helluva lot.

But it looks like cranking up the memory to its maximum rated speed and the slight core count increase will drastically increase the Total Graphics Power (TGP) of the rumoured card to 450W or more. That’s potentially 100W greater than the RTX 3090.

The RTX 3090 Super is a wild proposition, then. Not the least bit because the RTX 3090 already has a fairly firm hold on the performance crown in gaming as is.

That’s never stopped a graphics card company before, though. And there could be multitude of reasons for such a card’s existence, including wringing more cash out of the GA102 silicon, keeping AMD at bay, or even a wider Super refresh that covers more of the RTX 30-series stack.

Though, for now, the RTX 3090 Super could be nothing more than a question mark in a spreadsheet at Nvidia HQ. It could even be scratched out of the books by now, and we’re only now catching word of it posthumously. Perhaps there’s some weight behind two leakers reporting the card within a day of each other, but it’s not unlike a manufacturer to adjust plans on a dime.

Just look at the rumoured RTX 3080 Ti, which was a little different to the shipping RTX 3080 Ti that came later in the year. That card was seemingly so close to production that GPUs were designated and even etched ready for it.