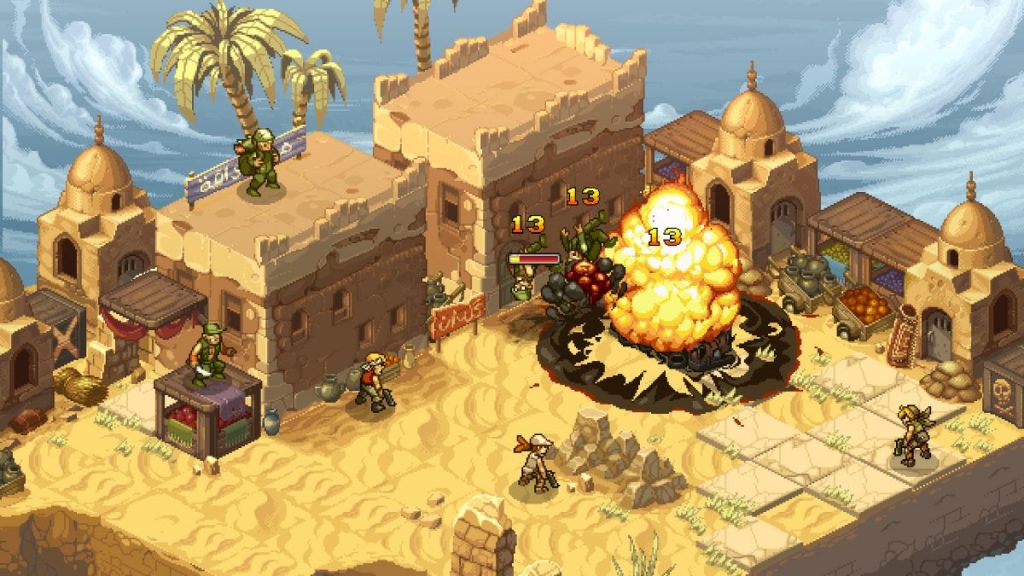 Metal Slug Tactics was a lovely surprise when first announced back at E3 2021. The sidescrolling run-and-gun series didn’t seem to have a tactics game in it, but it turns out it does, and Leikir Studio is really leaning into what makes the Metal Slug games special: the art style.

The footage above was released today as part of the latest Nintendo Direct (yep: it’s coming to Switch). If you missed it back in June, Metal Slug Tactics is a grid-based tactical RPG, and the combination of the isometric view and the lush pixel art is reminiscent of Into the Breach. It’s definitely a joy to look at.

“This new footage of frontline powerhouses Marco, Eri, Fio, and Tarma rolling out to battle from a headquarters packed with nods to the long-running series’ history,” according to the official blurb accompanying the trailer. “The team returns with their signature arsenal—including the reliable heavy machine gun and devastating SVX-15D Slugnoid mech—as they face down fresh tactical fights.”

Sounds appealing. No word as yet on when Metal Slug Tactics will release, but it has a Steam page.