Microsoft announced its financial results for the second quarter of the fiscal year 2023, including details on the performance of its Xbox business.

The related press release and presentation details the results of the More Personal Computing business, which includes the company’s gaming endeavors and Xbox. You can take a look at the relevant slides below. 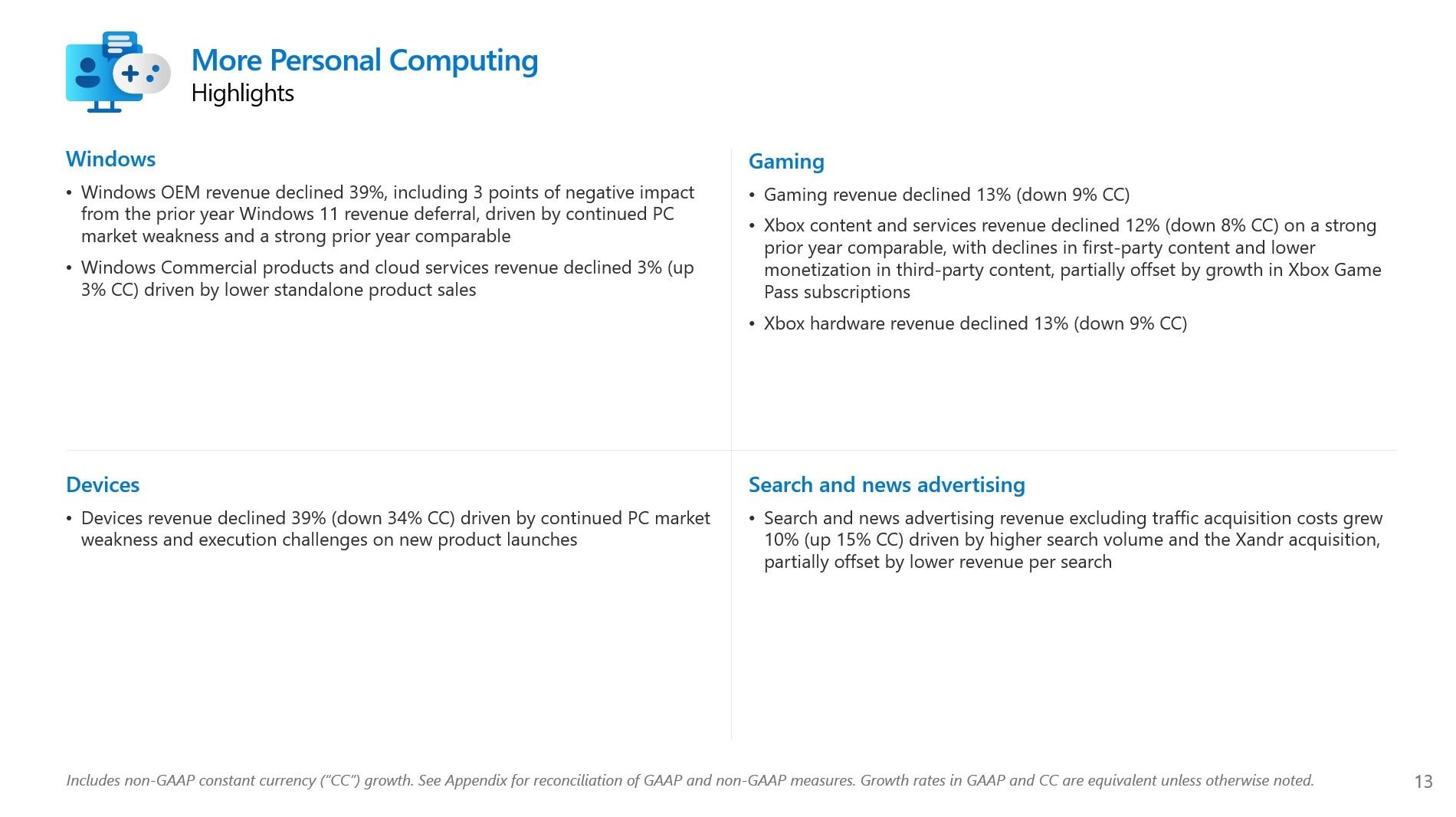 Gaming revenue as a whole declined 13% year-on-year, with Xbox content and service revenue dropping by 12% year-on-year due to the comparison with a strong release in the previous year. First-party content revenue and monetization for third-party content declined, partly offset by growth in Xbox Game Pass subscriptions.

Xbox hardware revenue also dropped by 13% year-on-year. It’s worth mentioning that this is in line with the expectations announced by the company with its guidance shared in October 2022.

Microsoft as a whole company recorded a 2% growth in revenue and a 8% decline year-on-year as you can see in the slide below. 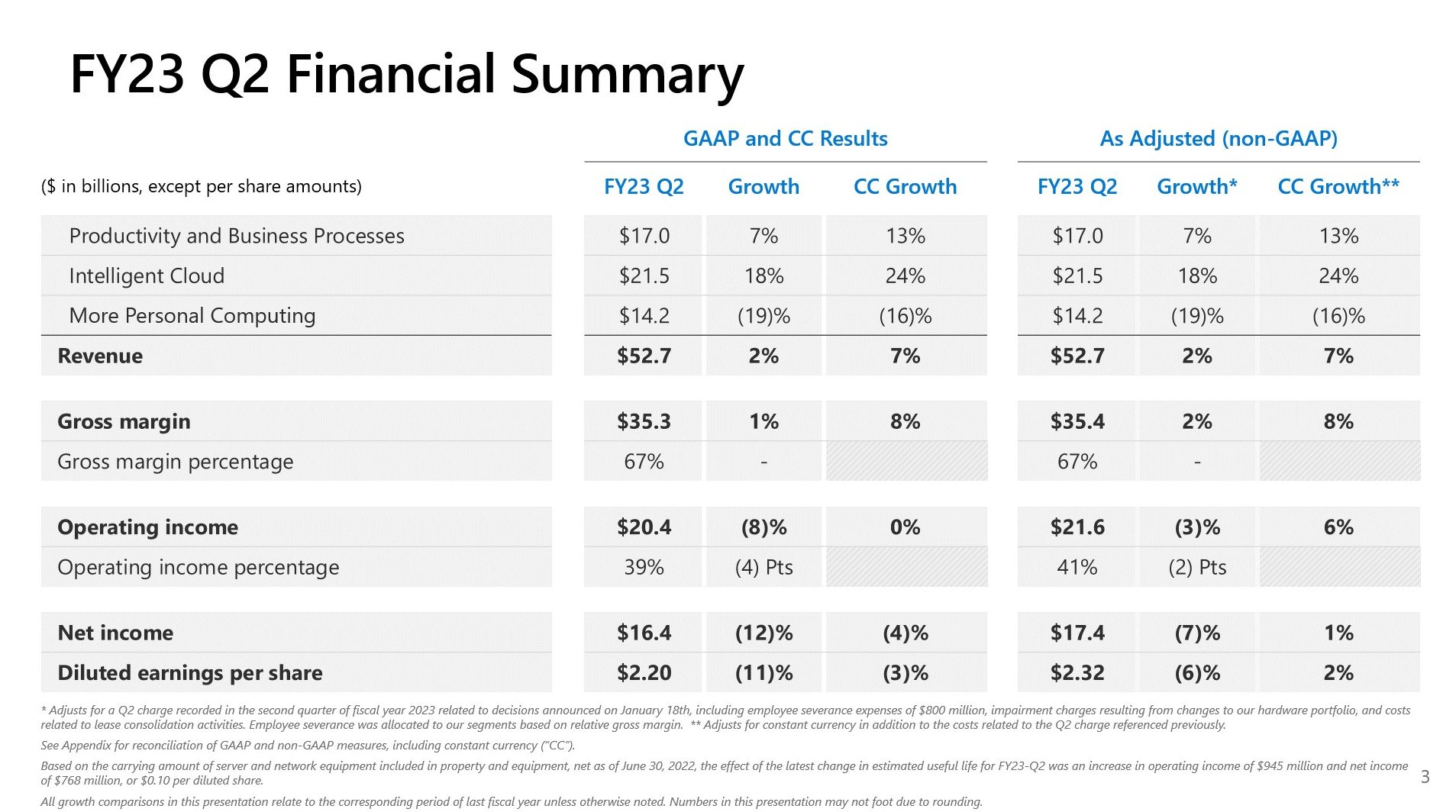 It’s worth mentioning that the data is related to the quarter between October 1, 2022, and December 31, 2022. Unlike most other companies, Microsoft doesn’t use a fiscal calendar that counts the year from April to March. Its fiscal year goes from July to June, so the October-December quarter is identified as Q2.

This follows the announcement of a sweeping round of layoffs that affected the gaming division alongside the rest of Microsoft’s business, resulting in the termination of over 10,000 employees.

You can find the full presentation slides on the company’s investor relations website.