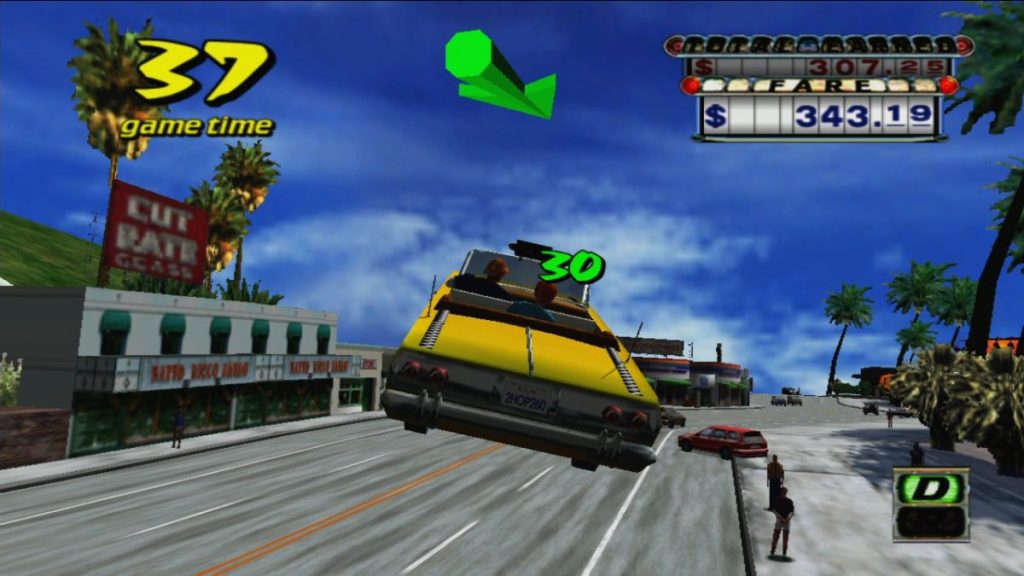 When the 1999 arcade game Crazy Taxi was rereleased on Steam it was missing some features of the original game that had been present in the previous PC port, as well as the Dreamcast version. Namely, a bunch of rad songs by Bad Religion (and also some tunes by The Offspring I guess), product placement from various real-world brands, and analog controls that actually worked.

While a workaround to bring back the original soundtrack circulated a while back, fixes for the other missing elements of Crazy Taxi were either unreliable or incomplete. That’s changed thanks to a collaboration between Alexvgz and Silent, who you may know from patches like the one that brought Deus Ex: Human Revolution’s piss filter back.

Crazy Taxi Dreamcast Restoration 2.0 restores the Pizza Hut, KFC, Levi, and Tower Records logos on in-game destinations, and also restores FILA, which had not only been renamed Shoe Rack but removed as a passenger destination for some reason. The Crazy Taxi SilentPatch makes analog controls work properly—the issue turned out to be one of misconfigured deadzones—and restores cheats to change the camera mode and enable a speedometer, as well as fixing some bugs. You can even play it with a steering wheel now.

You can download both mods, and read about their creation, at Github.