Monster Hunter Stories 2 is a better Pokémon game than Pokémon 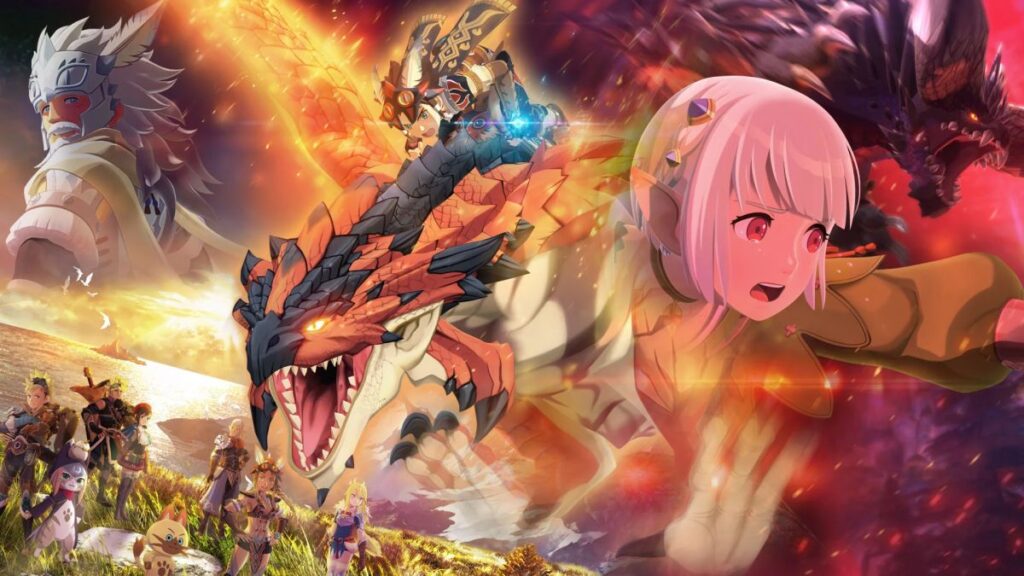 It’s criminal that there are so few Pokémon-style games on PC. Outside of Early Access RPG Temtem, Pokémon rom hacks, and whatever the hell this is, there’s just not much in the way of great RPGs about battling teams of monsters. At least there wasn’t until last week when Monster Hunter Stories 2: Wings of Ruin launched.

As someone that’s played Pokémon ever since Red and Blue in 1998, its gradual stagnation and reliance on the same core systems is a little exhausting. Gimmicky new evolutions and experimental open-world zones can’t really mask the reality that Pokémon is chained to 20-year-old ideas. Nearly every game is rooted in the same loop of walking back and forth in tall grass, fighting a wild Pokémon that appears, and then hitting it with a Pokeball to catch it. Rinse and repeat while traversing linear corridors fighting trainers or taking down a Gym Leader to unlock the next zone. It’s not that this formula is bad, but it’s just become so repetitive.

But Monster Hunter Stories 2 retains that Pokémon-esque charm and the satisfaction of catching and battling monsters without falling into the same mundane routine. The entire thing plays out like a grand “what if” scenario, smashing Monster Hunter together with turn-based JRPGs to create something distinct and exciting.

Instead of just catching monsters when I’ve lowered their HP enough, immediately adding them to my party or transporting them into storage, Monster Hunter Stories 2 mimics the hunting systems found in the main series.

You don’t actually capture any monsters in MH Stories 2, but rather raid their nests for eggs that you can bring home and hatch. Monster dens are randomly scattered all over the open world zones and come in different rarities, but if I’m hunting for a specific type of monster it’s often easier to fight one in battle, mark it with a special item, and then—if I’m lucky—it’ll flee and I can chase it back to its own den. There I can pick through its eggs and hopefully get a rare one with enhanced stats or special abilities. But if I stay too long, I run the risk of drawing the ire of momma Monstie (it’s what they’re actually called, ew) and getting attacked.

I love how much more involved this process is, even if it sometimes ends up distracting me from whatever I should be doing in the main quest. It makes the act of obtaining new monsters feel very deliberate. Rather than just loading up on Pokeballs and throwing them at everything that moves, I have to spend time and effort tracking down the monsters I want. And there’s always the lure of getting a rare egg with enhanced stats to entice me to collect multiples of the same monster type so I can fuse them together to make one all-powerful beast.

Battles feel like another way in which Monster Hunter Stories 2 innovates where Pokémon has struggled. In the latest Sword and Shield games, for example, there’s a new ability that can make Pokémon suddenly evolve into special Dynamax forms—increasing their size tenfold and supercharging their abilities. It looks cool, but in practice it adds nothing to the strategy of fights since enemies can just Dynamax their own Pokémon in response, immediately evening out the playing field. For the past few generations, Pokémon games have struggled to consistently add new features to its basic turn-based combat.

Monster Hunter Stories 2, one the other hand, has one of my favorite turn-based battle systems in recent memory. The battle system seems simple but quickly ramps up the complexity. You always fight alongside one of your monsters and a “battle buddy”—an NPC with their own monster companion. Each turn you can choose skills and attacks that fall into a simple rock-paper-scissors formula. Power beats Technical, which beats peedal, which beats Power. Whenever an enemy and one of my party attacks each other, they face off in a head-to-head where the attack type determines who wins and does more damage. To win, I need to do my best to memorize monster attack patterns and what attack type they favor.

Winning head-to-heads also increases a special gauge that I can use to cast skills for me or my monster, but when it’s full I can also ride my monster and unleash even more powerful attacks. And I haven’t even mentioned other nuances like how each weapon I wield has unique strengths and weaknesses and damage types (separate from the rock-paper-scissors attack types), or how you can attack specific parts on a monster to stun it and earn extra rewards.

Once the prologue takes the training wheels off, Monster Hunter Stories 2’s combat feels strategic and varied. There’s so many decisions to make between weapon types, attack types, which monster I have fighting beside me, and how to best coordinate attacks with my battle buddy. It’s also just extremely cool that I get to participate in these fights firsthand. It’s like Ash Ketchum putting a Jigglypuff in a chokehold while Pikachu drop kicks it in the groin.

The presentation of these fights is really fun too. When riding a monster in combat, each one has its own Kinship Ability that does massive damage and triggers a unique cutscene. My Pukei-Pukei uses its tail to create a massive poison rain cloud that it adorably shelters me from using its tongue, while my Bulldrome charges the enemy and impales it on its massive tusks. These bespoke cutscenes really drive home the unique personality behind Monster Hunter’s roster of beasties. And if my battle buddy and I managed to use our Kinship Abilities at the same time (which requires a lot of luck and timing), those cutscenes will be spliced together into a new one as we unleash a joint assault. It’s rad.

Part of what made me so obsessed with Pokémon as a kid was its romanticized sense of adventure and the novelty of befriending so many strange and weird monsters. But over time, the series’ reliance on the same basic structure has really sapped some of the enthusiasm I had for that series. Monster Hunter Stories 2 blends the best of Pokémon with the best of Monster Hunter in a way that really taps back into that childhood nostalgia.

For more thoughts on Monster Hunter Stories 2, check out our review.